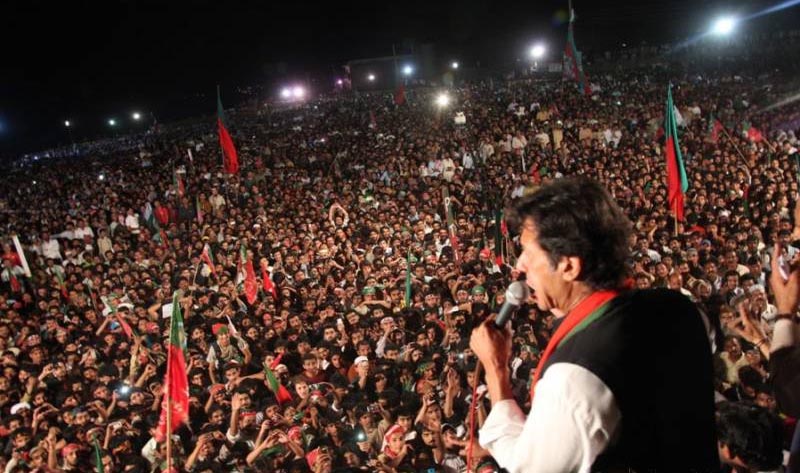 The political temperature of the federal capital is rising gradually with the Islamabad police have been tasked to arrest local leadership of Pakistan Tehreek-e-Insaf (PTI) before November 30.

The government is doing everything possible to frustrate the PTI workers and the task given by the government to the police has created panic amongst the opposition party ranks and yet there is much more to come in the coming days. “Lists of the active political leaders of the federal capital have been prepared and handed over to the concerned SHOs so as to detain them before PTI’s November 30 rally,” sources in the police department said. They said that the law enforcing agencies had also directed the management of local hotels and guesthouses to regret booking for the ‘outsiders’ until the PTI rally was over. Furthermore, the local police, through elders of the community, have approached the guardians of the active PTI youth to ‘advise’ them that it would be better for the youngsters not to attend the rally as they may sustain injuries in case of violence, the sources added. Meanwhile, around 3000 personnel of Islamabad police have been deployed inside the Red Zone cordon to protect important installations including Parliament House, Supreme Court and Parliament Lodges, said a senior police officer on condition of anonymity on Wednesday.

He expressed dissatisfaction over the number of personnel deployed for the security of the Red Zone; however, he added that it was difficult to scrutinise the credentials of personnel of other law enforcing agencies in a short span of time and deploy them inside the zone.

According to the police officer, all the personnel deployed inside the Red Zone cordon have already been cleared by the special branch of police and the high-ups cannot take a risk of deploying ‘not cleared’ personnel over there. On a question, he said that the Islamabad police were yet to share their security plan with those assigned the duty of protecting the Red Zone.

The sources further said that over 20,000 personnel of different law enforcing agencies including Rangers, Frontier Constabulary, Punjab and Azad Kashmir police have been recalled to keep the Red Zone secure before and during the PTI rally. Some 10,000 personnel would be guarding the Red Zone only, the sources added. Meanwhile, Pakistan Tehreek-e-Insaf (PTI) Wednesday protested against the arrests of its workers by the capital police ahead of its November 30 rally, saying police were harassing PTI workers to stop them from participating the rally.

In this connection, PTI has formed two separate committees to deal with the situation arising out the ongoing arrests of its workers by the local administration of Islamabad as well as capital police. The one committee – Legal Aid Committee – is headed by senior lawyer of PTI Niaz Ullah Niazi and the other is ‘Prisoners Aid Committee’ headed by senior pleader of the party Jameel Abbasi. -nation