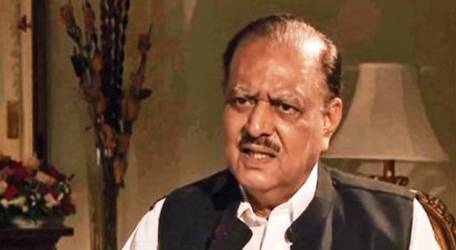 Out of those 17 convicted for terrorism, 10 belong to Punjab, six from Sindh and one from Khyber Pakhtunkhwa. The execution is expected to be carried soon. Prime Minister Nawaz Sharif had lifted moratorium on death penalty for those convicted for terrorism after the deadly attack on Army Public School in Peshawar left more than 130 children dead on December 16. In the meantime, security of jails where the condemned prisoners are being held has been beefed up as there are dangers that terrorists might try to break the jail and secure the release of their colleagues who will be hanged to death in the coming few days. Reports say that security of jails in Khyber Pakhtunkhwa has particularly been put on high alert. According to reports, there are 8500 condemned prisoners in jails across Pakistan. Of these 5815 are in Punjab, 457 in Sindh, 14 in Balochistan, 183 in Khyber Pakhtunkhwa.

Meanwhile, the Lahore High Court (LHC) has directed provisional and federal governments to submit their para-wise comments by January 9, 2015, regarding inmates who were convicted on terrorism charges and are currently on death row. Judicial Activism Panel Chairman Mohammad Azhar Siddique filed an application a day before, in which he asked the court to direct the federal and provisional governments in the process of issuing death warrants for those convicted for terrorism, and are currently on death row.

Siddique in his application also sought answers to questions as to why it was taking so long for the death warrants to be issued and why were some cases still pending. With the moratorium on the death penalty in terrorism cases lifted on Wednesday by the government, six convicts whose black warrants have been issued after the rejection of their mercy petitions by the president can be executed any time.

The six prisoners on death row in terrorism cases are militants of banned Lashkar-e-Jhangvi, Ataullah alias Qasim and Mohammad Azam alias Shareef; Bahram Khan, Shafqat Hussain, Jalal Morejo and Abdul Razzaq Chauhan, who had been convicted of assault and murder, according to inspector general for prisons Nusrat Mangan.