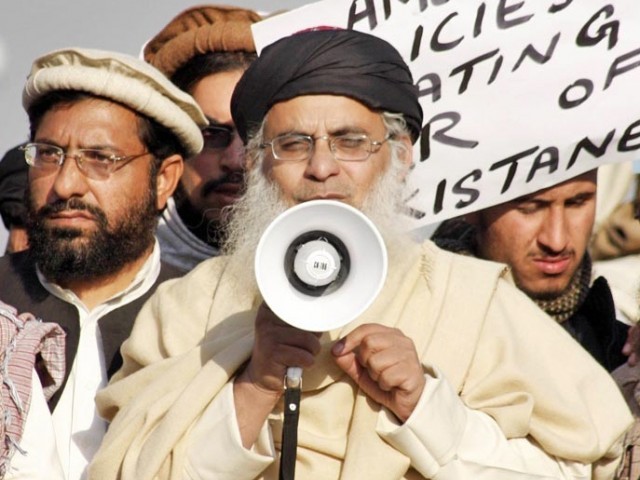 The government can revive quashed cases against Lal Masjid chief cleric Maulana Abdul Aziz by incorporating new evidence in the ‘challan’, as he is still believed to have a soft corner for the outlawed Tehreek-e-Taliban Pakistan (TTP) and Islamic State (IS), a senior police officer told Media. According to Section 2f (c) of the Protection of Pakistan Act 2014, a case can be registered against the cleric for his support of terrorist groups, the official said. Applying ‘innocent until proven guilty’ adage of the criminal jurisprudence, the previous government of the Pakistan Peoples Party had quashed all cases against Maulana Abdul Aziz.

Following the 2007 military operation, a number of cases were registered against the cleric and his slain brother with charges ranging from kidnapping, treason, and terrorism — including a ranger’s murder case against Aziz.  But the cleric managed to get acquittal in almost all 37 cases from the courts in a few years, while the remaining were quashed by the government.

Advocate Tariq Assad, who has represented Aziz in many terrorism-related cases, told The Express Tribune that apart from one or two minor cases, his client has been cleared by the courts of all charges. Asked about his former client’s support for militant groups, Advocate Assad admitted that the cleric did not oppose the TTP or IS.

However, Assad was still of the view that the civil society has no right to protest against Maulana, arguing that he didn’t commit any crime and that he also clarified his position during this Friday sermon. “We condemn the barbaric attack on the Army Public School and Degree College in Peshawar, as we cannot support such attacks,” Assad quoted his former client as saying. -tribune

Terrorists Hiding in Cities, Villages Will be Hunted Down: PM Nawaz

Terrorists Hiding in Cities, Villages Will be Hunted Down: PM Nawaz