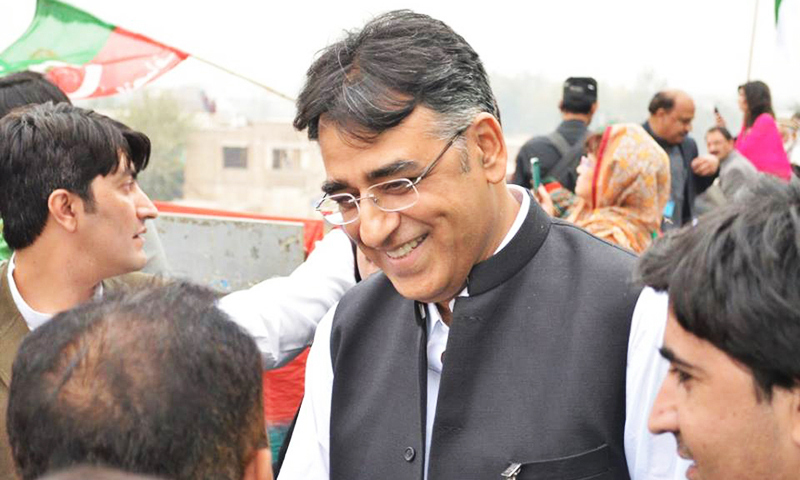 Pakistan Tehreek-i-Insaf (PTI) leaders are hopeful of an agreement on the Terms of Reference (TORs) for the proposed judicial commission – mandated to investigate rigging allegations in the 2013 general elections – and say that the upcoming round of talks may be a decisive one. “We hope that Tuesday’s meeting will be the final one,” PTI MNA Asad Umar, who is part of the PTI team negotiating with the government, told Dawn on Monday. Both sides were supposed to meet on Monday, but the meeting was rescheduled because of other engagements and would now be held on Tuesday. Mr Umar said most of the controversial points had been settled and both sides would focus on finalising the commission’s TORs.

However, he was reluctant to specify what point the two sides were still debating. This sentiment was echoed by party Vice Chairman Shah Mehmood Qureshi. After a meeting with Jamaat-i-Islami Emir Sirajul Haq, he told reporters: “The government and the PTI can resolve the issue of TORs in one sitting.”

But he urged the government to ensure an atmosphere conducive to meaningful dialogue, where both sides could settle controversial issues. Talking about the government’s renewed pledge to eradicate terrorism following the Peshawar tragedy, the PTI vice chairman said much like 1965, today the whole nation had come together in their resolve to root out terrorism. “The whole nation is determined that the menace should be eliminated once and for all and all of the government’s resources should be utilised for this cause,” he said.

He stressed the need to improve the performance of police and civil security agencies by equipping them with the latest weaponry, training them on modern lines, removing bottlenecks in investigation processes and protecting witnesses. Sirajul Haq hailed the PTI’s efforts in resolving the erstwhile political crisis and said that now it was the duty of the government to resolve the issue through dialogue. “Problems can be solved on the table,” he said. -dawn

Zardari on Mission to Bring Bilawal Back