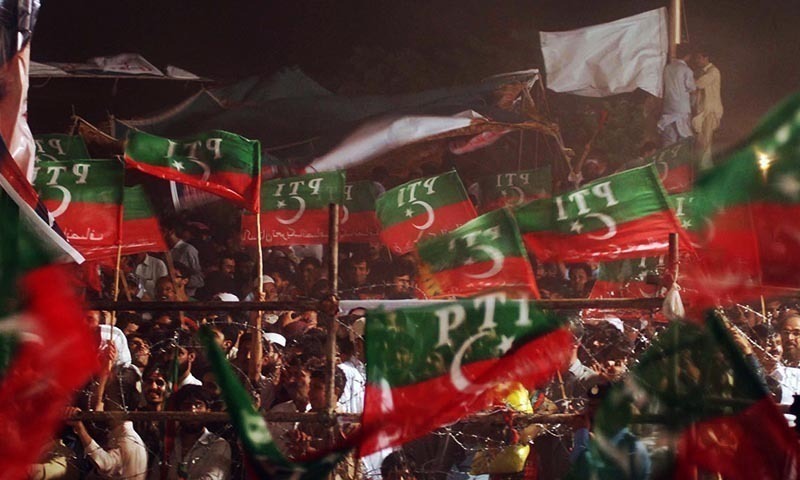 Though cleared by the Pakistan Tehreek-i-Insaf (PTI) accountability and discipline committee from the charge of beating Imran Khan’s nephew Ahmed Niazi, the president of the party’s Punjab north chapter, Sadaqat Abbasi, has stepped down from the post. He said Imran Khan was angry over the involvement of the party office-bearers in the brawl with Ahmed Niazi and had asked the secretary general to change the party leadership in Rawalpindi district and Punjab north. He said Hina Manzoor, who contested the 2013 elections from NA-54, was not happy over the decision of the party to suspend the 10 office-bearers after the brawl and had asked the vice-presidents to work as the presidents. However, the source said soon after her decision, she was also forced to resign from the post on November 30. He said the accountability and discipline committee, led by Shahid Zulfiqar, held lack of security arrangements responsible for the incident. PTI investigators exonerated four local leaders from the charge of beating Imran Khan’s nephew at the sit-in in Islamabad on November 10 and recommended the withdrawal of the suspension orders against Sadaqat Abbasi, Arif Abbasi, Rashid Hafeez and Omer Butt.

The committee, however, found PTI youth wing office-bearers Wasiq Abbasi, Sheikh Fahad and Raja Amjad guilty of thrashing Ahmed Niazi and recommended that their membership be suspended. Former PTI Punjab north president Sadaqat Abbasi told Dawn that he had resigned from the post. “I will continue working as a party worker.” When contacted, PTI senior vice-president Amir Kiani said the party had appointed new a president and secretary general for Punjab north.