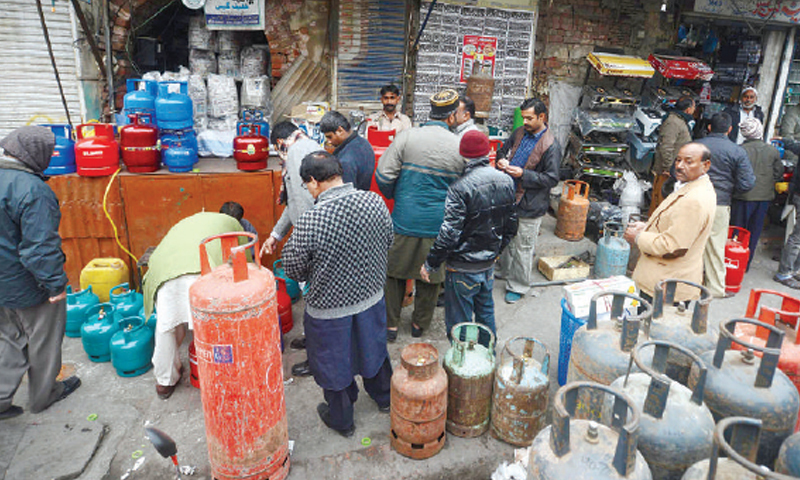 With shortages already affecting households and businesses in cities it supplies natural gas to, the Sui Northern Gas Pipelines Limited (SNGPL) has warned that its system may collapse if deficit between supply and demand widens sharply because of rapidly declining temperatures. The demand-supply position had deteriorated to a dangerous level and any further deterioration would likely lead to system collapse, the SNGPL told the federal government on Thursday. The SNGPL’s managing director, Arif Hameed, wrote to the government that a fire at the Sui gas field had already reduced the amount of gas supplied to the system by 240MMCFD. And now the city loads were increasing due to the plunging mercury, making the situation worse. Sources said the Pakistan Petroleum Limited (PPL), the operator of the gas field, was doing without a full-time managing director and that it was impossible for an organisation having no leader to have the push required to deliver critical results in emergencies. They said an additional secretary of the petroleum ministry was looking after the PPL’s top job. The kind of security situation obtaining in Balochistan, particularly in Sui, required full-time involvement of an efficient and competent manager who could handle emergencies.

This was put on record ‘diplomatically’ by the SNGPL which said it had been “earning a bad name because of the PPL’s failure to supply gas”, according to an official privy to the message sent to the government. The SNGPL said it had suspended supply to the textile sector and other process industry units in Punjab that were already getting minimum supplies. But with deterioration in the demand-supply position and despite suspension of supplies to the other sectors, the SNGPL had been unable to supply gas to the high-priority domestic and commercial consumers on a continuous basis. The supply to such consumers, therefore, had been restricted to a few hours in the mornings and evenings. “Enraged by limited supplies and low pressures, the people are taking to streets and raising a hue and cry over the crisis in cities,” the SNGPL said. It warned that any further decline in temperatures and the resultant increase in demand would compound the problem and if the repair work of the damaged pipeline in Sui was not completed immediately.

The people might create a law and order situation and cause some serious damage to the network. The company requested the government to ‘advise’ the PPL to ensure immediate restoration of supply to ease the crisis. A PPL official, however, said the Sui plant had been made fully operational on Thursday night but the consumers were still facing problems because of low pressure. PPL spokesman Saquib Hanif claimed that supply to the Sui Southern Gas Company Ltd (SSGCL) had been enhanced by 242MMCFD at 7pm on Thursday. He said that faults were fairly common but lack of access to the Sui field had made it difficult for the technical staff to reach the affected well to extinguish the fire. He explained that only one convoy per day was allowed by security personnel to travel to Sui. Mr Hanif said the SNGPL’s complaint was unjustified because the PPL supplied gas to the SSGCL, not to the SNGPL. He did not agree with the contention that absence of a full-time head in PPL was behind the delay in restoring full supply to the SSGCL. “The head is supposed to formulate policies and not to extinguish fires himself,” he added. -dawn