Senators Make No Secret of Opposition to Military Courts 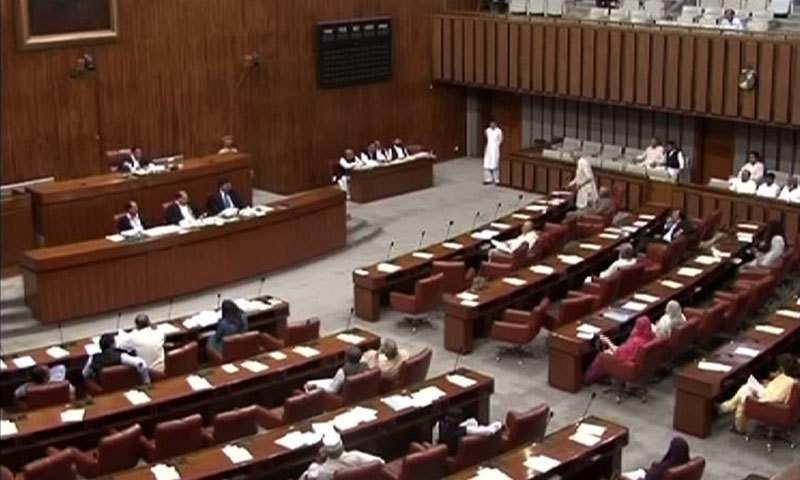 Just days after all parliamentary political parties reached a consensus over the establishment of military courts to try terrorists, voices of concern rang out in the Senate over the proposal. PPP leader Mian Raza Rabbani was most blunt in his opposition to the idea, candidly observing that parliament had no justification for setting up military courts at a time when the army has already been called out in aid of civilian administration in different parts of the country. Recounting the history of military courts, he said that they were declared unconstitutional by courts of law whenever they were established – in 1977 and in 1998. The lesson to be learnt from history was that in both cases, the prime ministers had subsequently been removed from office. There was no mention of military courts in the Constitution and any amendment to create a room for them would strike at the basic structure of the document, he said, adding that such logic would give way to the impression that the civilian-led democratic polity had failed and should be replaced. He said military courts had different standards of proof, offered fewer protections to the accused and when its relatively abrupt systems are applied to the civilian environment, they could lead to great miscarriages of justice.

“The country has already seen this in the case of missing persons,” he remarked. Senator Rabbani also noted that terrorism could not be deterred by setting up military courts, pointing to the power enjoyed by the army in Federally Administered Tribal Areas (Fata) under the Aid of Civil Act, 2011. Powers granted to law-enforcement agencies under the Anti-Terrorism Act (ATA) and the Protection of Pakistan Act were quite wide-ranging, he said, adding that instead of going for military courts, there was a need to improve the legal system.

He said that the use of religion by the state to further its own political agenda, the use of religion by religio-political groups to counter the government, and the contribution of the state in the rise of armed extremists were all things that had created enemies. Under the Zia regime, the state joined the Afghan war, provided safe havens to all kinds of mercenaries; Arabs, Chechens and Uzbeks were allowed in the country and the state failed to repatriate them.

Senator Rabbani said that such people were then allowed to penetrate the civil and military services as well as the political apparatus, etc.  Rising in his seat just as Senator Rabbani concluded his speech, Leader of the Opposition in the Senate Barrister Aitzaz Ahsan asked for an assurance that there would be no curb on fundamental rights. Barrister Farogh Naseem of the MQM also expressed concerns over the possible misuse of military courts. He was of the view that any amendment to the constitution, even including the much talked-about sunset clause, should be very restrictive and limited to proscribed organisations. Saying that the courts should not be used to target political parties, he argued that merely establishing military courts would not curb the problem at hand and if a proper mechanism was not devised, the convictions would be set aside.

He underlined the need to strengthen the prosecution system. He said any amendment in the Constitution should be made without altering its basic structure and stressed that the time had come to ponder why the anti-terrorism courts (ATCs) failed to deliver. Kulsoom Parveen of the BNP (Awami) said it was still a mystery whether the military courts were being established to fight terrorism or tighten the noose around politicians.

She observed that a joint session of both houses of parliament should be convened to decide the way forward and was of the view that there should be a definition of terrorists, pointing out that any ambiguous law could lead to people who used arms for celebratory firing at wedding parties being hauled up for terrorism. The house will meet again on Tuesday at 2pm. -dawn