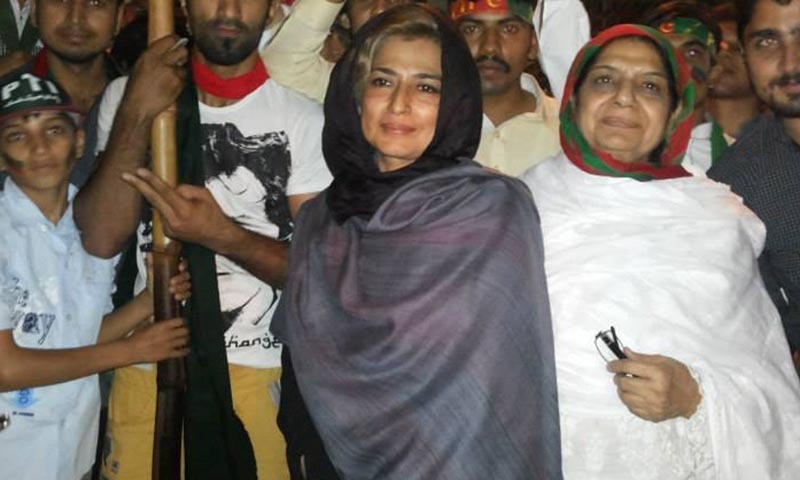 A Pakistan Tehreek-i-Insaf (PTI) dissident has announced that she is launching her own party to make a ‘new’ Pakistan.

Hina Manzoor, former Punjab north secretary general and PTI candidate for NA-54 in the 2013 elections, claimed that many other dissidents would be joining her party. “The homework for the launch of Front National (FN) has been done. Many people from the PTI will join us,” she told Dawn. Ms Manzoor resigned from the post after Imran Khan suspended 10 office-bearers from Punjab north and Rawalpindi district for beating his nephew Ahmed Niazi during the sit-in outside Parliament House in November. “I resigned from the party due to a major shift in the ideology and political structure of the party.

I had no choice but to resign. Now we have registered a new political party.” She added: “We will not work to derail democracy and topple any elected government but provide a platform to the people to raise voice for their rights and give them an educated leadership.” She said they were not in a hurry to bring a change in the country. As a first step, she added, the new party would strengthen its organisational structure while ensuring to follow the rules and regulations which the PTI was lacking as it wanted to form its government by all means.

She said corrupt politicians had also joined the PTI and detracted it from its ideology. Now there is no difference between the party led by Imran Khan and other political parties in the country. However, the PTI Punjab north secretary general, Zahid Kazmi, told Dawn that no party worker or local leader would join other parties as they were united under the leadership of Imran Khan. “In the 2013 elections, the PTI candidates got votes in the name of Imran Khan and his ideology to bring a change in the country.

The people will again vote for Imran Khan,” he said. He said after leaving the PTI, Ms Manzoor had the right to join other parties or form her own party. “But let me make it clear that there is no rift in the party and all the workers accept the decisions of Imran Khan.” He said the PTI was the only party in the country which mobilised the youth and provided a space to reputed politicians.