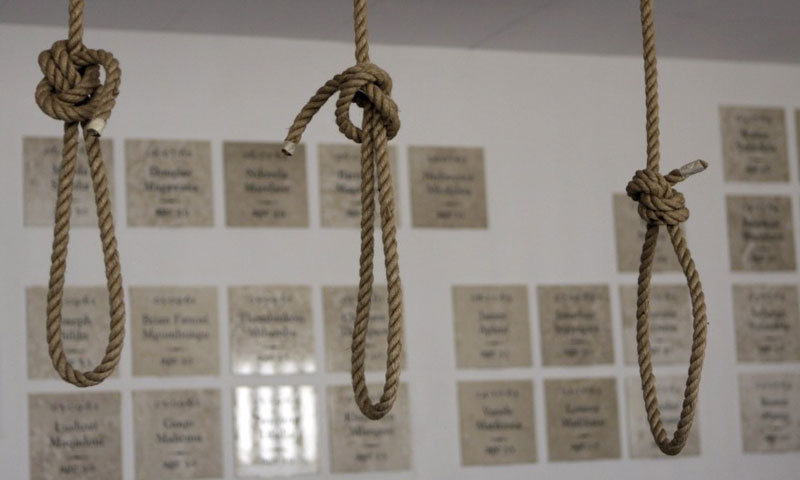 The Lahore High Court’s (LHC) Rawalpindi bench on Monday acquitted Five death row convicts who were earlier handed the death penalty for their involvement in the suicide attack at Shah-i-Najaf Imambargah in Rawalpindi in 2002, which left 19 people dead and 35 injured. The Five convicts — Fazal Mohammad, Tahir Mehmood, Hafiz Naseer and Habibullah — were sentenced to death by an Anti-Terrorism Court (ATC) in Rawalpindi in 2004, following which they had filed an intra-court appeal. A two-member bench of the LHC, comprising Justice Ibadur Rehman Lodhi and Justice Qazi Muhammad Amin, heard the case pertaining to the convicts’ intra-court appeal today.

The defendants’ counsel Babar pleaded in court today that there was no solid evidence which showed that the convicts were responsible for or associated with the attack on the imambargah. After hearing the counsel’s arguments, the court acquitted the convicts today.

In the wake of the lifting of the moratorium on death penalty, this case was one of the many pending cases. Despite global criticism, a handful of convicts sentenced to death have been hanged in jails across Punjab so far.

Prime Minister Nawaz Sharif had approved the lifting of Pakistan’s long-upheld moratorium on the death penalty after a Taliban attack in Peshawar’s Army Public School killed 148 people, including more than 130 schoolchildren. Only those death row inmates convicted on terror-related charges have been hung. -dawn