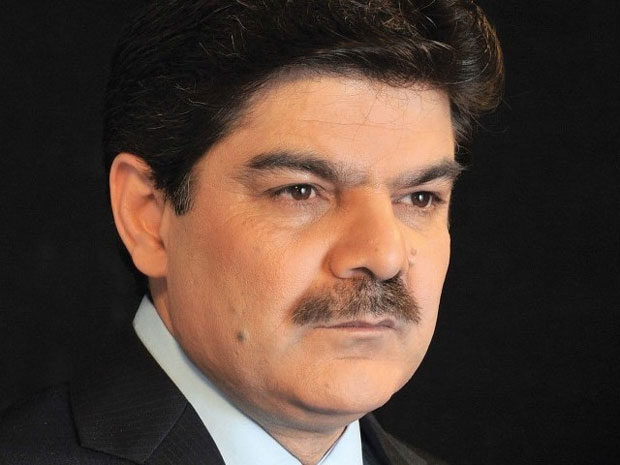 The Supreme Court indicted on Monday the chief executive and the anchorperson of a private television network on contempt charges in a case related to the airing of a scandalous and defamatory programme against the judiciary. Both CEO Salman Iqbal and anchorperson Mubashir Lucman of ARY pleaded not guilty and denied the charges when they appeared before a three-judge bench, headed by Justice Ejaz Afzal. Their counsel Irfan Qadir termed the charge ‘vague’. The contempt charges were framed against the respondents for the May 29 talk show ‘Khara Sach’ in which Mr Lucman had levelled serious allegations against SC judge Justice Jawwad S. Khawaja – his relationship with Mir Shakeelur Rehman, the owner of Geo TV network, and the sale of a property in Lahore by the judge’s wife to the Punjab government. “By your words, gestures and tone, the respondents have not only defamed and scandalised the court but also made a statement against a judge and thus tended to bring him into hatred, ridicule and contempt and thereby committed contempt of the court within the meaning of Article 204 (2) of the Constitution read with Section 3 of the Contempt of Court Ordinance V of 2003 and punishable under section 5 of the law,” the charge said.

It added that since the offence made was within the cognisance of this court, the bench had decided that both be tried by the Supreme Court on contempt charges. The charges were framed against the two despite the fact that they had tendered unconditional apology, but with a rider that they were offering regrets for the ‘unintended consequences’. “In the larger national and public interest it was resolved by the respondents to seek unconditional and unqualified apology for the unintended consequences before this honourable court on the last date of hearing so as to make it absolutely clear to all and sundry, including this court, that respect for judiciary and its judges is dear to the respondents,” the apology submitted by the respondents said. “Don’t you think that you were adding conditions in your apology,” Justice Afzal asked, pointing to the counsel. Irfan Qadir said that sometimes a situation arose where intentions were not bad but things said might be construed as contempt. He requested the court to give the respondents time to understand and reply to the charges.

The court appointed Attorney General Salman Aslam Butt to prosecute the respondents under the contempt law. The respondents were asked to submit within a week their reply to the charges. The court ordered the prosecution and the respondents’ side to submit within a fortnight lists of their witnesses and postponed the proceedings till Jan 22. When the court was framing the charges, Mr Lucman tried to defend his CEO by stating that Mr Iqbal was not responsible because he had no prior knowledge of what he was about to say in the talk show.

The CEO said he had understood the language of the charge, but not the actual allegations. The bench asked him to go and watch the entire programme himself and decide what he wanted to say in his defence and said the court did not want to pick and choose from the programme. When the court observed that charges had also been framed against former prime minister Yousuf Raza Gilani, the counsel said that reservations were being expressed against convicting the prime minister. “Are you bigger than the Supreme Court,” Justice Ijaz Chaudhry asked Irfan Qadir. The counsel said the apex court was not above the law but subservient to the Constitution.