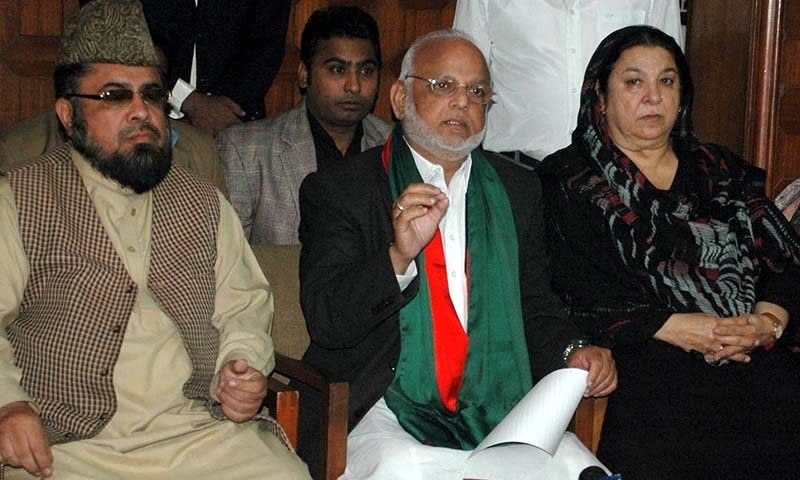 Despite the PTI’s decision to stay out of the upcoming Senate elections, local party leaders and members of the Punjab Assembly are planning to join forces to send at least one PTI senator to the upper house.

The party has a total of 30 lawmakers in the Punjab Assembly, including 25 directly-elected MPAs, four women and one minority member. Each senator needs a minimum of 34 votes from the provincial assembly to be elected to the Senate. A PTI MPA, on condition of anonymity, told Dawn that the party could obtain the required number of votes. He said they would be able to get the support of at least one Jamaat-i-Islami (JI) member Syed Waseem Akhtar, because the party is also PTI’s coalition partner in KP. Former PML-Q leader Riaz Fatyana’s son Ehsan Fatyana, who is an independent MPA, may also be persuaded to vote for the PTI candidate, as well as the independent Sardar Nasarullah Dreshek – whose son Ahmed Dreshek is a PTI MPA from Dera Ghazi Khan. In addition, they are confident that they can also get votes from PML-Q members. He said that MPAs had tried to come together to convince Imran Khan to take part in the Senate elections. “If we get a go-ahead, then PTI MPAs will attend Punjab Assembly session on Jan 30,” he said.

The MPA said that several members were already opposed to the resignations and had submitted faulty resignations not addressed to the speaker or left some deliberate errors in them so that they would not be accepted. “Two members, including PTI Vice President Amir Kiani and PTI Punjab President Ijaz Chaudhry, will be our candidates for the Senate if the party decides to gave them tickets,” he said. Some 16 MPAs held meeting in F-11 local hotel after January 18 workers convention in Islamabad and decided to join hands for the senate elections to send one party member in Senate from Punjab. “Such meeting will also be held in Lahore next week under the chairmanship of MPA from Dera Ghazi Khan to chalk out the plan as mostly wanted to go back to the assembly for the senate elections as if Khyber Pakhtoonkhawa MPA participate in the senate elections then the PTI’s member from Punjab should also land in the Senate,” he said. When contacted, MPA Arif Abbasi admitted that some PTI MPAs contacted him to join the group but he refused. He said that he would follow the instructions of the party to participate in the Senate or not. He also admitted that the meeting of MPAs were held in Islamabad after workers’ convention of January 18 about future plan of action for Senate elections.

However, Naeemul Haq, PTI Central Leader, told Dawn that the party had decided to not go back to the Punjab Assembly as they felt that elections in the province were massively rigged. “After the resignations of our Sindh MPAs were accepted by the speaker, PTI Chairman Imran Khan called me from Madina and asked all PTI members of the Punjab Assembly should be told to stick to their previous stance,” he said. The party has already decided to take part in the Senate election from KP, and has said it would stay away from Senate elections in the centre and Punjab. Mr Haq said he did not know about the formation of a new group in Punjab, and said he would start meeting party members from Friday to convey the chairman’s message. “All 30 of our Punjab MPAs have already given in their resignations they are pending with the speaker. Under the rules, no member has violated the party discipline,” he said.