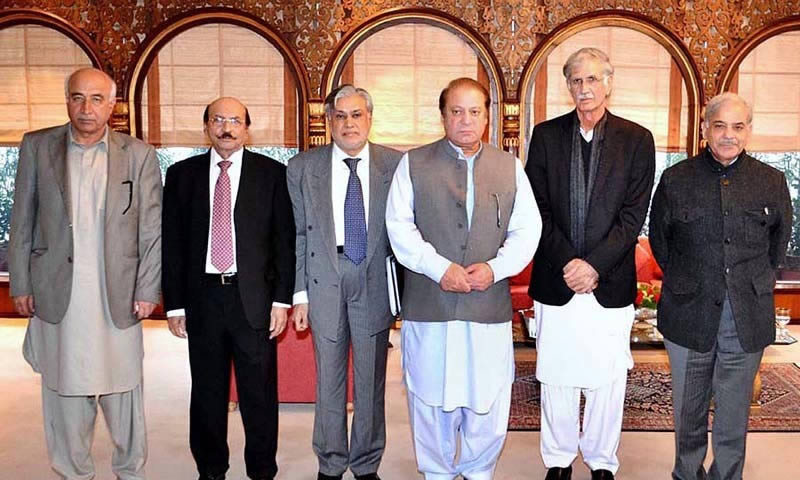 The government assured provinces in the National Assembly on Monday that they would get aid to fight terrorism “beyond their expectations” after both its opponents and some allies accused it of indifference over Friday’s suicide attack on an Imambargah in Shikarpur that killed more than 60 people. The government gave no explanation about complaints from Leader of Opp­osition Khursheed Ahmed Shah and some other lawmakers from both sides of the aisle wondering why neither Prime Minister Nawaz Sharif, who was in Karachi on the day of the attack, nor any of his ministers had visited Shikarpur so far to show solidarity with the people of the city. The Minister for States and Frontier Regions, Abdul Qadir Baloch, who spoke for the treasury benches, sidestepped the grouse voiced mainly by lawmakers from Sindh after some ministers were found gossiping light-heartedly on their desks while the opposition leader said the federal government did “not seem ready to wipe our tears”. But the provinces, the minister said, would face no deficiency of resources in fighting terrorism, which he called “Pakistan’s number one problem”. Despite the provincial governments being mainly responsible for law and order in their jurisdictions, he said, they would have no lack of support from the centre.

“They will get support more than their expectations,” the minister said, urging house members to avoid thinking in provincial terms and give wholehearted support to the government in implementing the anti-terrorism National Action Plan. The plan was approved by an all-party conference convened by the prime minister last month after the Dec 16 suicide attack on the Army Public School in Peshawar. The agenda of the first day of the session, which was requisitioned by opposition parties originally to debate causes of last month’s petrol shortages in the country, was suspended for a debate on the Shikarpur attack. The house condemned the bombing “vociferously” in a resolution adopted unanimously. The brief resolution said the house “stands in solidarity with the victims and bereaved families” and recommended that “the government intensify its efforts to achieve the goals set in the National Action Plan in order to eliminate the scourge of terrorism from Pakistan”.

The debate on petrol shortages will be held on Tuesday, when the house meets at 11am. Most opposition lawmakers who spoke in the debate on the Shikarpur incident targeted either perceived terrorist groups and their “apologists” or the government’s alleged weaknesses. But a senior lawmaker of the opposition Awami National Party (ANP), Ghulam Ahmed Bilour, chose the occasion to stage what appeared to be only a publicity stunt of his own by announcing his readiness to pay a $100,000 bounty he offered in 2012 to the heirs of three militants who made deadly attacks on the offices of the French satirical magazine Charlie Hebdo and a Jewish supermarket in Paris last month. Mr Bilour had originally announced the bounty in Sept 2012, when he was railways minister in the PPP-led coalition government, for anyone who would kill the maker of a video produced in the United States which included caricatures of the Prophet Muhammad (PBUH), considered blasphemous.

But in his speech in the National Assembly on Monday he said the heirs of three men killed by French police – two of them who killed 12 people in the attack on the magazine, including the magazine’s editor and some cartoonists – were entitled to receive the bounty after their whereabouts were ascertained by the government of Pakistan. But he said he would not be content with this and would give $200,000 more as bounty to anyone who would finish off the owner of Charlie Hebdo. Nobody endorsed, neither did anyone oppose, the first outburst of its kind inside parliament and even Speaker Sardar Ayaz Sadiq made no objection. According to a statement of assets and liabilities filed with the Election Commission in June last year, the value of Mr Bilour’s moveable and immovable assets stands at Rs39,155,588 (39.15 million) ($387,679). If he has to pay all the three bounties, Mr Bilour will be left with just $87,679.