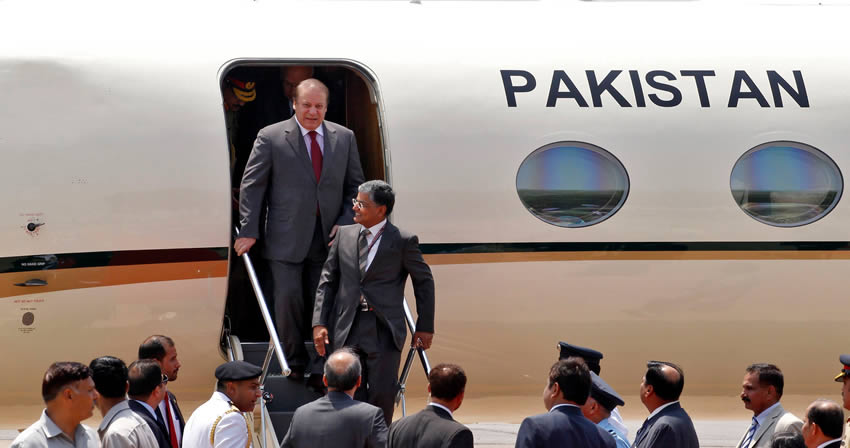 Adviser to the Prime Minister on Foreign Affairs Sartaj Aziz in a written reply to a question informed the Senate on Tuesday that the expenditure statements of the premier’s three visits in September 2014 and one in December were still awaited from the respective missions abroad.

The total number of foreign visits undertaken by the prime minister from July 2013 to December 2014 comes to 20. These visits included three each to United States, China and United Kingdom, two to Turkey and one each to Thailand, Hague, India, Sri Lanka, Afghanistan, Iran, Tajikistan, Germany and Nepal.

The first official visit was to China which Mr Aziz said provided an opportunity to the prime minister to meet the Chinese leadership for projecting Pakistan’s key interests. An expenditure of Rs26.2 million was incurred on the visit from July 3 to 8, 2013.

Days after the visit, he again traveled to Washington and held a bilateral meeting with the US president. This was the first official visit of a Pakistani prime minister to Washington in over a decade. The cost of the visit was Rs35 million. After the October 20-23 US visit, he went to the United Kingdom on October 29-30 to attend world Islamic economic forum’s and Pakistan-Afghanistan-UK trilateral summit. The cost of the visit was Rs30.9 million. The prime minister visited Colombo, Sri Lanka, from November 14 to 17, 2013, and Bangkok, Thailand, from November 17 to 19. An amount of Rs11.8 million and Rs9.7 million were spent on the two visits respectively.

The list of foreign tours undertaken by the prime minister does not find a mention of his visits to Saudi Arabia. – Dawn