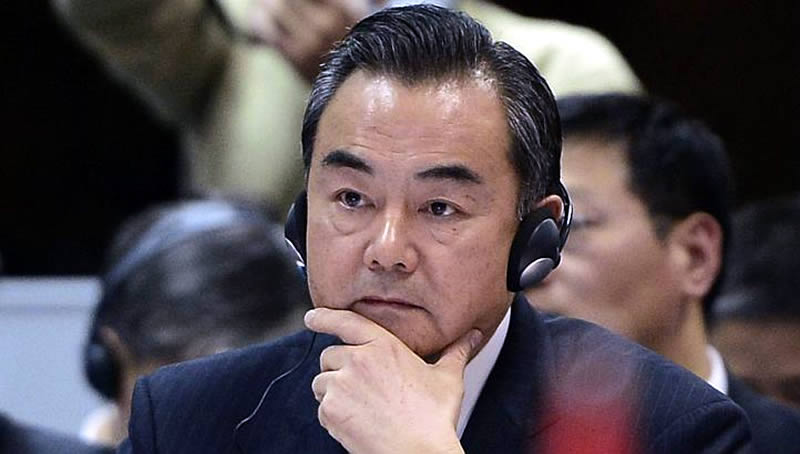 Foreign Minister Wang Yi held a meeting with Adviser to Prime Minister Nawaz Sharif on National Security and Foreign Affairs Sartaj Aziz at the foreign ministry. Sources told Dawn that both sides discussed bilateral ties, regional issues as well as international issues of mutual concern during the meeting. The two sides also discussed the strategically important Pak-China economic corridor project. Yi assured the Pakistani side that China will extend full cooperation for the early completion of the project as the economic corridor is vital for both countries. Aziz apprised the Chinese foreign minister about Pakistan’s stance on the recent regional developments including US President Obama’s visit to India last month. Adviser to the Prime Minister on National Security and Foreign Affairs also briefed Yi about Pakistan’s stance on various international issues including reforms in the United Nations Security Council.

Later, both sides held delegation-level talks at the foreign ministry where Sino-Pak bilateral relations and ongoing Chinese cooperation in various fields were reviewed. Delegations of both sides agreed to enhance bilateral cooperation in various fields including science, technology, education, trade and other fields. During the visit, Yi, who is leading an eight-member delegation, will also hold talks with President Mamnoon Hussain and Prime Minister Nawaz Sharif. He is also expected to hold meeting with high-ranking military officials. A statement issued by the Foreign Office earlier had said that all aspects of the bilateral relationship between China and Pakistan, with a special focus on political, strategic and economic cooperation, would be reviewed and consolidated during the talks.

“Pakistan attaches great importance to its comprehensive strategic partnership with China. Such high-level visits are a regular feature of the time-tested and unshakeable bonds of friendship between the governments and peoples of Pakistan and China,” the FO spokeswoman had said. Both Beijing and Islamabad are to finalise the dates of Chinese President Xi Jinping’s visit to Pakistan, which is expected to take place next month. The Ministry of Foreign Affairs and the Chinese Embassy in Islamabad would also co-host the launching ceremony of Pakistan-China “Year of Friendly Exchanges” during the visit.

One Truck Return From Indian-Held Kashmir