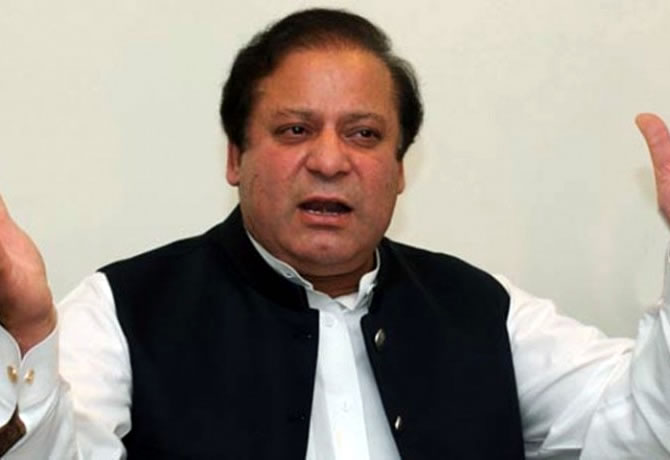 Known for springing up surprises at the eleventh hour, the ruling PML-N decided on Monday to introduce a major constitutional amendment under which, if passed, the upcoming Senate elections would be held through show of hands, instead of secret balloting. Some constitutional and legal experts are of the opinion that it was too late to effect the desired change in the Constitution because the Senate elections are due on March 5. After having received nomination papers, the Election Commission is currently carrying out scrutiny of the candidates. “It’s just like you start a match and then half-way through decide to change rules of the game,” quipped a government critic. The decision to change the mode of voting, according to sources in the PML-N, has largely been taken to avert a possible embarrassment, notably in Balochistan and Khyber Pakhtunkhwa where some lawmakers have refused to follow the party line vis-à-vis the Senate elections. They said Prime Minister Nawaz Sharif, during his two-day visit to Quetta last week, tried to keep the party’s strength in the provincial assembly intact, but returned unsuccessful. About five MPAs reportedly refused to attend the party meeting chaired by the prime minister because they were not happy over the distribution of Senate tickets in Balochistan.

Presiding over a meeting of the federal cabinet, the prime minister constituted two committees “for contacting various political parties to pave way for a constitutional amendment so that upcoming Senate elections can be held through show of hands rather than through secret ballot”, said an official statement issued after the meeting. The first committee comprises Information Minister Pervaiz Rasheed, Railways Minister Khawaja Saad Rafique and IT Minister Anusha Rahman and the second Planning and Development Minister Ahsan Iqbal, KP Governor Mehtab Ahmed Khan and Adviser to the Prime Minister on Parliamentary Affairs Barrister Zafrullah. “The committees would contact different political parties so that horse trading can be discouraged and transparency ensured,” the statement said. A third committee consisting of legal experts will submit its report on the legal position to the prime minister ‘within 24 hours’.

PPP’S RESPONSE: The opposition PPP said the party was against horse trading not only in the Senate elections but in all elections and would welcome measures aimed at stopping it. “However, the government decision to amend the Constitution for Senate elections by show of hand is a hasty and thoughtless move bereft of deep thought and reflection and seems aimed at political point scoring,” it said. The formal reaction was issued by Senator Farhatullah Babar, spokesperson for PPP Co-Chairman and former president Asif Ali Zardari. It said the Senate elections involved several technicalities like first, second and third preferences and transfer of surplus votes of a winning candidate to the next one.