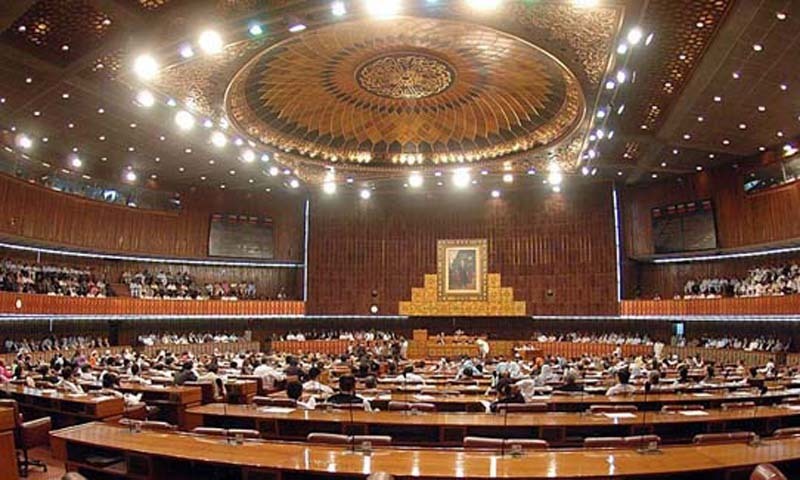 The government managed on Tues­day to get a bill passed with support from the PPP, to levy a controversial gas tax amid a boisterous protest by an unlikely alliance of the MQM, PTI and the right-wing Jamaat-i-Islami.

In a classic sleight of hand, PPP lawmakers led the debate during the first part of the session on Tuesday, terming the Gas Infrastruc­ture Development Cess (GIDC) Bill 2014, “a conspiracy to weaken the federation”. But, when it came to voting on the bill, they didn’t oppose it and let the MQM, PTI and JI do their job as opposition. The GIDC bill now is likely to be laid before the Senate on Wednesday. With the ruling PML-N and opposition on the same page, the bill will certainly sail through the upper house. The bill allows the government to access about Rs100 billion lying in its account under the GIDC head. In the outgoing financial year, the government had set itself a target to collect Rs145bn under the said tax.  Soon after Petroleum Minister Shahid Khaqan Abbasi presented the motion for debate on the bill, it was PPP legislators who were at the forefront, pulling the government to pieces for bringing in such a “damaging piece of legislation” to the house. In fact, when the debate started,

PPP’s Nafisa Shah cast the first stone, saying that the treasury ben­ches were ignoring smaller provinces by introducing such an important tax. “The main purpose of this tax, initially introduced by the PPP government in 2011, was to build the Pak-Iran gas pipeline, a project that the present government has shelved for the moment. What, then, is urgency of passing this bill,” Ms Shah asked. She also accused the PML-N government of following in the footprints of dictatorial regimes, completely sidelining the concerns of the opposition parties. Such a practice, she feared, would only add to the alienation and deprivation of smaller provinces.