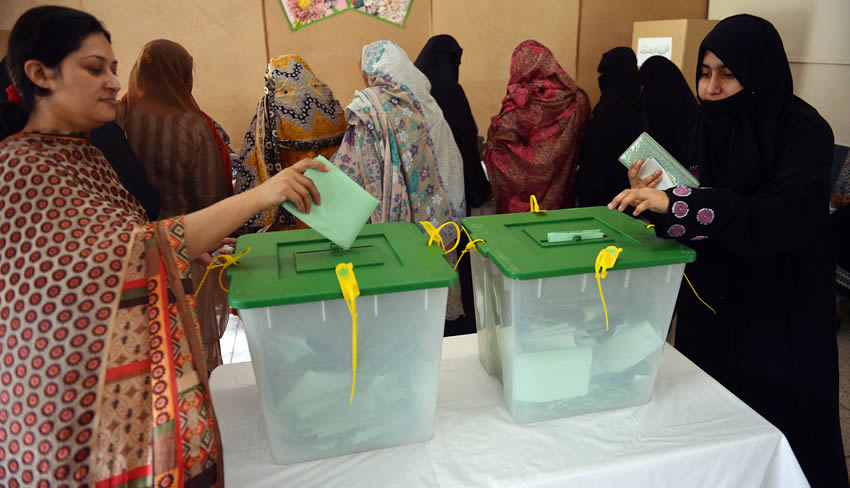 ISLAMABAD: Accepting the Pakistan Tehreek-i-Insaf’s (PTI) request, the inquiry commission investigating allegations of rigging in the 2013 general elections finally allowed the opening of sealed election bags for the retrieval of copies of the Form 15 from all polling stations for each constituency of all national as well as provincial assemblies.

“After inviting opinions from the counsel representing various political parties, it was decided to obtain copies of Form-XV from the bags retained at the treasuries (in each district) on behalf of the Election Commission of Pakistan (ECP),” said an announcement issued by the inquiry commission on Wednesday.

The commission also set a deadline of June 8 for the completion of the task. The decision was made by the three-man commission, headed by Chief Justice Nasirul Mulk, in an in-camera meeting that was held in the chambers of the chief justice and attended by the legal counsel of PTI, PML-N and ECP.

The meeting was called by the commission after Abdul Hafeez Pirzada, the senior counsel representing PTI, asked the commission to order that the sealed bags be opened to retrieve the Form 15, which reflects the vote count after excluding rejected votes or unused ballot papers.

Mr Pirzada was given the choice by the commission during Tuesday’s hearing either to accept the documents provided by the returning officers (ROs) and available with ECP, or ask for the sealed bags to be opened. But then, the party has to accept whatever information comes without questioning the veracity of the Form 15, the commission clarified. At this, the counsel, after consultation with PTI Secretary General Jahangir Tareen, opted for the latter option. On Tuesday, Salman Akram Raja, appearing on behalf of the ECP, had told the commission that collecting Form 15, as desired by PTI, meant amassing over 140,000 documents from 70,000 polling stations.

These judicial officers will be duly assisted by the respective District Election Commissioners and its staff in the process. And during the process of opening of bags the ‘white’, ‘khaki’ and ‘blue’ bags containing the election material will be opened but no other bags will be touched.

After retrieving the required form, photocopies of the documents for all the polling stations will be prepared and duly certified by the district judges. These forms, for each constituency, will then be packed in separate packets and sent to the inquiry commission. In case Form 15 for any polling station is found missing or any seal of these bags found broken, it will be noted and reported accordingly.

For the tribal areas, the task has been assigned by the commission to the political agents in whose jurisdiction a constituency falls. The agent will be assisted by the agency’s election commissioner. – Dawn