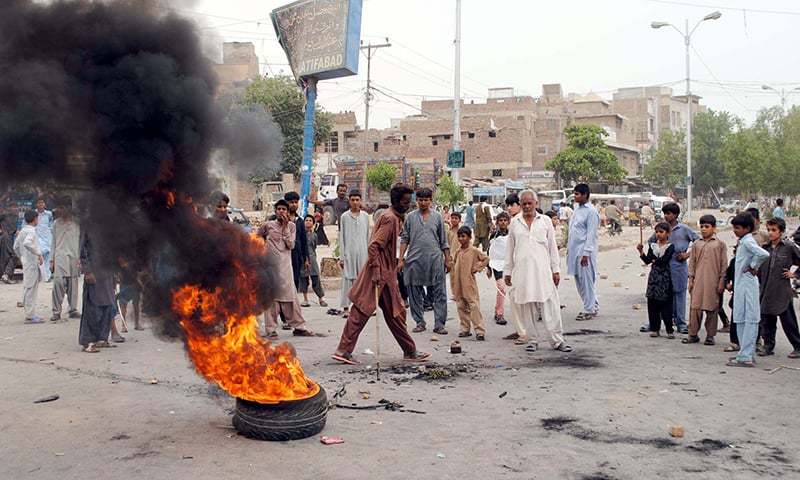 Even as reports of power failures continued to pour in from various parts of the country, the government claimed on Sunday that it had controlled the situation and that there was no ‘forced loadshedding’ for domestic customers.

“There is no domestic loadshedding throughout the country,” Water and Power Secretary Younas Dagha said in an official statement issued by the ministry.

The statement quoted him as saying that more than 160 million citizens were being provided uninterrupted electricity and “all faults caused by yesterday’s (Saturday’s) rainstorm have been addressed”. Mr Dagha said the rainstorm on Sunday damaged four poles of the Iran-Makran transmission line, which were being repaired. “There may be localised complaints, which are being addressed,” the statement quoted him as saying. However, reports from Rawalpindi, Lahore, Faisala­bad and other parts of Punjab suggested there were long-drawn power breakdowns in many localities. All domestic feeders in the country were exempted from loadshedding about an hour before and half an hour after Sehri on Sunday, as per the schedule. However, officials admitted that certain areas where there were system constraints did experience outages.

The system generated an average of 15,400MW of electricity on Sunday, while at peak times, generation reached 16,000MW. Due to measures taken to ensure industry closure at Iftar, Taraveeh and Sehri timings, all available electricity was being provided to domestic consumers, officials said. The ministry’s statement said special instructions had been issued to ensure that supply to industries that were fed by mixed feeders should be shut down so that the maximum possible electricity could be provided to domestic consumers. The secretary is continuously monitoring the situation and a regular video and Internet link exists between the ministry and the distribution companies. It said that the ministry is working hard to provide maximum relief to the consumers across the country. Even in high-loss areas, efforts were being made to provide uninterrupted power at the time of Iftar, Taraveeh and Sehri.