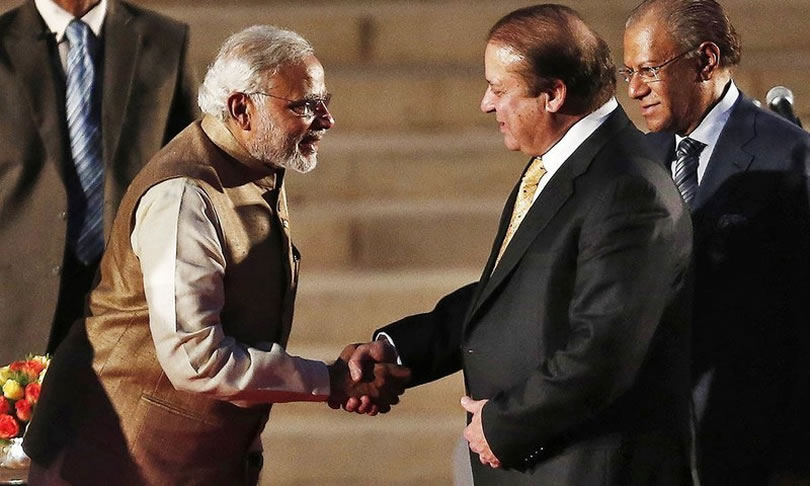 ISLAMABAD: Pakistan and India look to lowering tensions when their prime ministers meet in the Russian city of Ufa on Friday on the sidelines of the Shanghai Cooperation Organisation (SCO) Summit.

At the weekly media briefing on Thursday, Foreign Office spokesman Qazi Khalilullah said: “meeting between the two prime ministers is expected to have a positive impact on bilateral relations and regional and international levels.”

“It is confirmed. PM Narendra Modi and PM Nawaz Sharif will have a bilateral meeting in Ufa tomorrow at 9.15am (Russian time) on sidelines of SCO Summit,” India’s MEA spokesman Vikas Swarup tweeted on Thursday.

This would be the first bilateral meeting between the two prime ministers since they met in May 2014 in Delhi after PM Modi’s inauguration. The two leaders had also met in November during the Saarc Summit in Kathmandu, but that was not a formal bilateral interaction.

Mr Modi and Mr Sharif have also spoken over phone on a couple of occasions, exchanged letters and engaged in gift diplomacy, but the bitterness injected into the ties because of clashes along the Line of Control and Working Boundary and vitriolic statements against each other from both sides have dominated the discourse.

When the two leaders spoke last month ahead of Ramazan they stressed on peaceful and friendly ties. The Ufa meeting, which is taking place in the midst of strained bilateral ties, is being facilitated by some of the international actors.

“As you are aware, international community is also interested in improvement of relations between Pakistan and India as it would benefit not only the peoples of the two countries but also the whole region,” Mr Khalilullah said.

According to a source, the two prime ministers, besides taking a stock of bilateral relations, would also seek to revive some of the personal rapport they developed during Mr Sharif’s visit to Delhi. Peace talks between the two estranged neighbours have been suspended since January 2013, when tensions at the LoC started flaring up. Last year saw some of the worst clashes along the de facto border. The clashes have sporadically continued to occur this year and last such clash was reported last weekend. Hostile statements made by the Indian prime minister and some of his cabinet ministers against Pakistan this year further vitiated the atmosphere. Another development that occurred over the past few months was that Pakistani military has publicly started expressing its concerns about Indian involvement in subversive activities inside Pakistan.

The scheduling of the “meeting between leaders is a positive development,” the FO spokesman said.

Despite hopes of some forward movement in stalemated relations, both Indian and Pakistan diplomats advised to keep expectations low. The meeting would take place on a day the regional security bloc – SCO – would begin the process for admitting the two South Asian countries into the grouping as full members. Both India and Pakistan are currently having an observer status at the SCO.

“As regards the full membership of SCO, we are hoping that our membership will be approved in principle. Subsequently, a number of formalities will need to be completed before full membership can be granted,” Mr Khalilullah said.

Prime Minister Sharif would also meet Presidents of Russia (Vladimir Putin), China (Xi Jinping) and Afghanistan (Ashraf Ghani). “We are interested in enhancing relations with Russia in all fields of mutual interest. Prime minister’s meeting with President Putin will provide a fresh impetus to the ongoing cooperation between the two countries,” the spokesman said.

He explained Foreign Secretary Aizaz Chaudhry’s participation in the meeting, saying he was there as a facilitator. “We remain in touch with the government of Afghanistan,” he said about the future course of action. Another meeting between the Afghan government and Taliban is planned after Eid. – Dawn