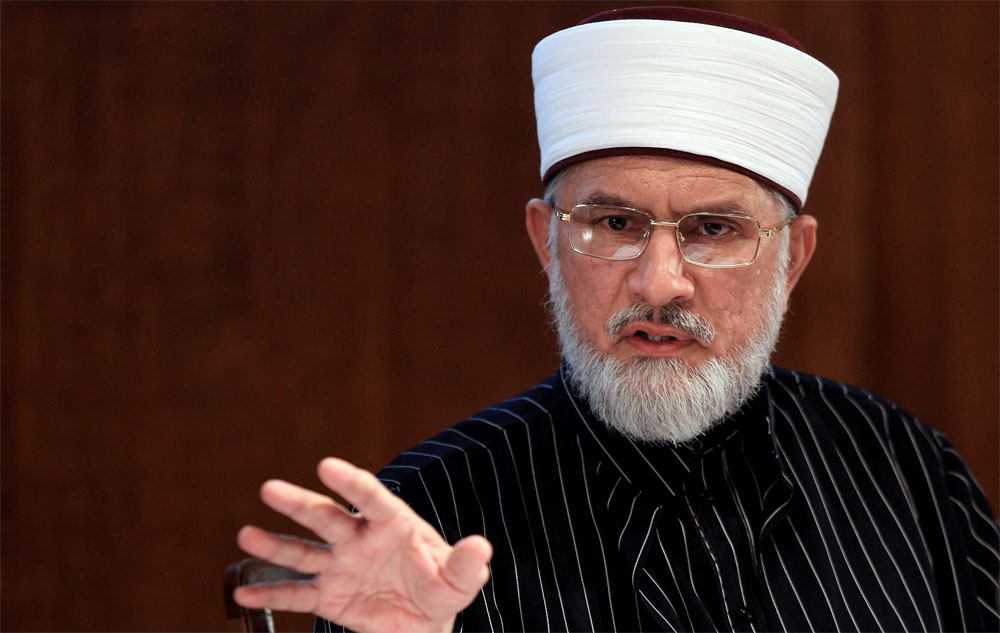 Chairman Pakistan Awami Tehreek (PAT) and the founder of Minhajul Quran Dr Tahirul Qadri, who last year stayed on the roads of Islamabad for four months, has again reached the federal capital.

However, this time Mr Qadri has come to the city to spread the message of peace as he will launch 11 books which he has written to eradicate terrorism and promote peace.

The inaugural ceremony of the books, which have been written in English, Urdu and Arabic languages, will be held at Marriott Hotel at 1:30pm on Wednesday. According to a statement, the copies of the books have also been sent to the heads of all the countries, the United Nations and the embassies of Pakistan abroad.

Mr Qadri claimed that under the National Action Plan (NAP) it was the responsibility of the government to prepare a peace curriculum but as the rulers failed to do so, he decided to write the books. President PAT Dr Raheeq Abbasi suggested the government introduce the books in colleges and universities to keep the new generation away from violence.