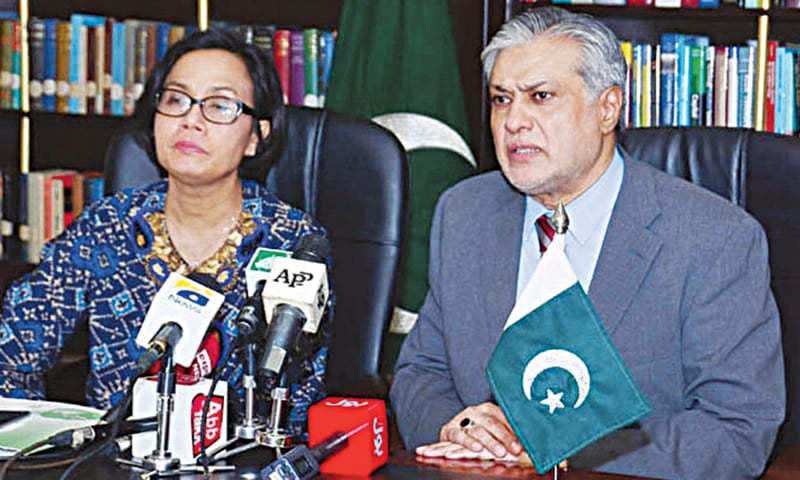 World Bank Managing Director Sri Mulyani Indrawati has said that confidence of the public and private sector in Pakistan has been restored, and the bank considers Pakistan a reliable partner and is looking forward to increasing cooperation.

While appreciating the successful turnaround of Pakistan’s economy, she offered an IBRD assistance package of $2 billion over a period of four years.

During a meeting with Prime Minister Nawaz Sharif on Monday, she appreciated the economic turnaround made possible by the policies of the government and the macroeconomic stability achieved by virtue of these policies. The prime minister thanked the World Bank for its support and said that priority areas of his government’s development strategy were energy, economy and education. He welcomed cooperation extended by the bank and development partners in these areas. The prime minister spoke about initiatives for regional connectivity through rail and road links in the region. He informed Ms Indrawati about improving and building rail and road links from Karachi and Gwadar to Turkmenistan’s city of Tirmiz, where Turkmenistan, Uzbekistan and Tajikistan have borders at short distances. She assured him of the bank’s interest and support for the initiative.

During her meeting with Finance Minister Ishaq Dar, the bank’s development policy and measures taken by the government to reform the economy were discussed. The finance minister sought World Bank’s cooperation on expediting fulfilment of donors’ pledges and preparation of projects in coordination with governments concerned. The managing director and her team observed that Pakistan had made headway in promoting trade ties and connectivity with regional countries during the past two years. Mr Dar acknowledged the cooperation of the World Bank in energy, projects for improving educational facilities and the Dasu hydropower project. “We hope that the World Bank will support Pakistan, along with other development partners, in the eradication of polio and immunisation of each and every child of the country,” Mr Dar said.