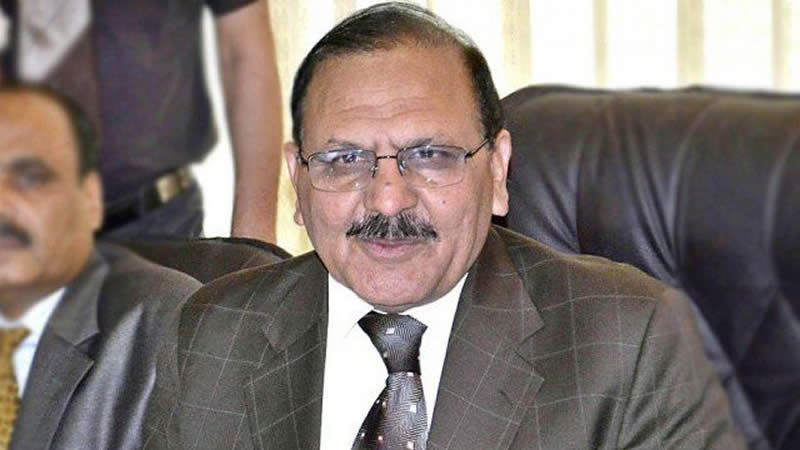 The sacked chairman of the Pakistan Electronic Media Regulatory Authority (Pemra), Chaudhry Rashid Ahmed, on Monday challenged before the Islamabad High Court (IHC) the proceedings initiated against him by the Federal Investigation Agency (FIA).

He alleged before the court that the government had lodged a case against him to harass him after he challenged the termination of his contract.

Mr Rashid, former secretary ministry of information and broadcasting, was appointed as the Pemra chairman for four years by the Pakistan People’s Party (PPP) government on January 26, 2013. On December 15, 2013, however, the Pakistan Muslim League-Nawaz (PML-N) government terminated his contract. On December 26, 2013, the IHC restored him on the post. The court, however, allowed the government to probe if there was any illegality with regards to Mr Rashid’s appointment. The government in April 2014 again sacked Mr Rashid but the latter reappeared in his office on May 25 in pursuance of the IHC’s order of the same date. On June 10, he was sent home as the court temporarily suspended his restoration after the government produced some new facts before the court. In the latest petition, Mr Rashid challenged the registration of an FIR against him by the FIA in connection with the release of payment to an advertising agency which the investigation agency claimed was unlawful.

The petitioner contended that the case was registered against him while he was working as the principal information officer (PIO) in the information ministry in BPS-21. “Under the rules of the FIA, no inquiry can be conducted against an officer in BPS-21 nor can the officer be arrested without prior permission of the competent authority.” The petition claimed that the FIA did not obtain any permission from the authorities concerned before registering the case against the petitioner. It added that under the FIA rules, the petitioner had the right to give a written explanation to any allegation made against him in a fortnight. But no explanation was sought against him and the FIR was registered against him to pressure him to withdraw the case the petitioner had filed with the IHC against his sacking. The petition cited the director general FIA, the investigating officer of the agency and the secretary ministry of information and broadcasting as the respondents.