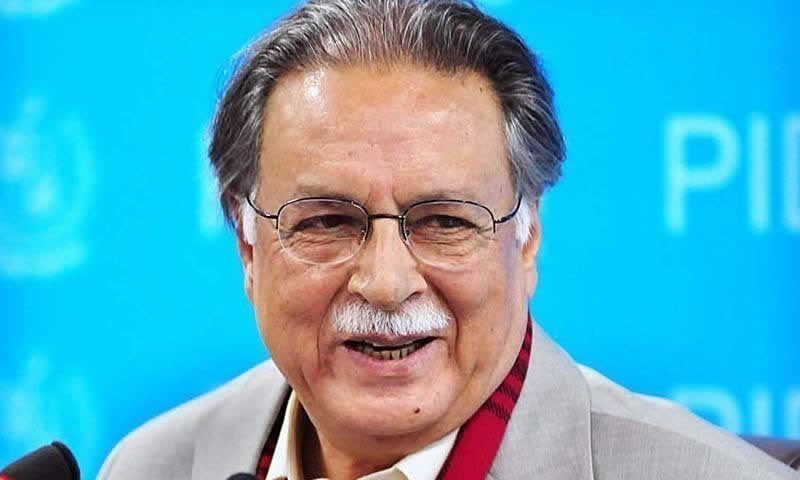 Pakistan declared on Wednesday it did not need any foreign assistance for earthquake victims, but acknowledged the grief and concern expressed by friendly countries. “There is no dearth of resources and we are fully capable of handling the situation on our own,” Information Minister Pervaiz Rasheed told a press conference.

He said Pakistan was grateful to countries which expressed concern over the calamity and had offered assistance for rescue, relief and rehabilitation for the affected quake-hit people. He said Prime Minister Nawaz Sharif had already announced a relief package for quake-affected people, covering compensation for the families of the deceased and injured, as well as for the reconstruction of completely and partially-damaged houses. He said in accordance with the PM’s directives, aid distribution would start on Monday and the process would be completed in four days. He said that an ample stock of food and non-food items had been dispatched to the affected areas. Eighty per cent of the injured had been discharged after receiving medical assistance and those critically injured were airlifted to major hospitals for proper care and treatment. He said only thirty per cent of beds available in hospitals were occupied by those affected by the quake.

To a question, he said a draft legislation requiring the observance of building codes that would make buildings resistant to seismic events was on the anvil and hoped the law would soon be passed by parliament. The NDMA chief said satellite imagery of quake-hit areas provided by Suparco, as well as the Pakistan Air Force’s aerial survey suggested that there was no widespread damage. He said that following a total of 42 aftershocks, certain high damage points had been identified, adding that mountain slopes appeared to be intact and, according to the National Highway Authority (NHA), all major highways were open. He said a survey of dilapidated buildings would also be carried out. He admitted that provincial roads had been blocked by landslides, but said those were being cleared.  He said NDMA had sought information from various ministries regarding their assets, including schools and hospitals, that might had been affected by the tremors. He said a preliminary survey of damage had been completed and relief operation was in full swing. “We are poised to take this operation towards rehabilitation,” he remarked.