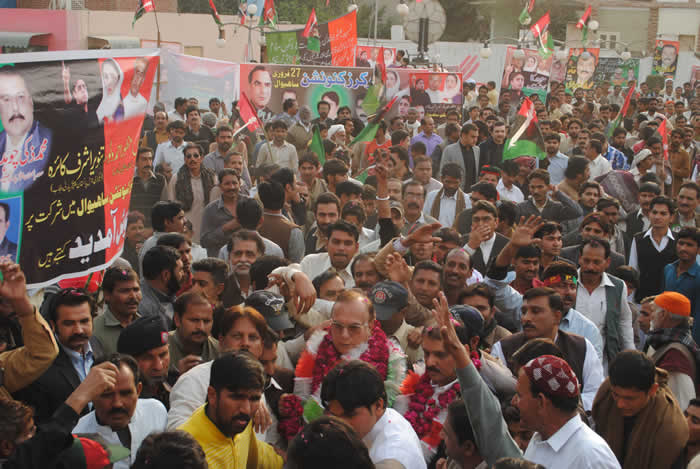 The second phase of Local Government elections was completed on Thursday with Pakistan People’s Party (PPP) emerging as the single largest party of Sindh, according to the unofficial and unconfirmed results hitherto received.

According to the unofficial and unconfirmed results, the PPP won from most of Sindh districts including Nawabshah, Tando Allah Yar and Tharparkar.

Earlier on Thursday, polling began at 7:30am and continued for ten hours till 5:30pm. The election commission postponed the LG polls in 81 Union Councils (UCs) including five Municipal Committees, 18 Town Committees and 58 Union Councils of different parts of Sindh. According to the Election Commission the polls were postponed in compliance with the directives of the Supreme Court. The affected constituencies included 24 UCs from Hyderabad division, 25 UCs from Mirpur Khas while 32 UCs of Benazirabad. PPP swept Tando Allah Yar’s 21 seats out of total 22 Union Councils.