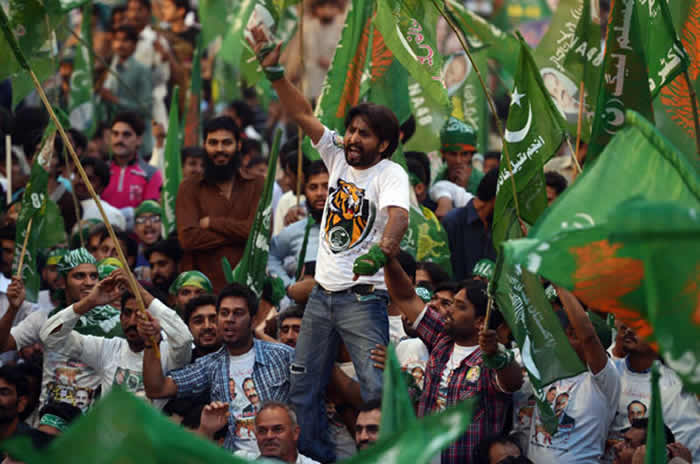 The Pakis­tan Tehreek-i-Insaf (PTI) may be holding its second intra-party elections in the next couple of months, but the impending polls are already causing rifts within the party leadership at all levels. Particularly at odds are the party’s old guard and the new breed of ‘electables’ who joined hands with Imran Khan over the last couple of years.

In background discussions, a number of party leaders told Dawn that with the announcement of party elections, clear schisms had emerged among aspirants for various positions, who have already started campaigning to ensure that they secure the maximum number of votes. “Whoever becomes party chief at the provincial, divisional or district level will definitely be playing key role in recommending names for tickets, come the next general elections. Therefore, there will be cutthroat competition,” commented a PTI member of the National Assembly. According to PTI sources, keeping the party’s rank and file undivided in Punjab, where a tough contest is expected, would be an uphill task for the top leadership. “Whosoever is declared the PTI Punjab president will automatically become a strong candidate for the slot of chief minister if the party wins the next elections,” said one of Mr Khan’s close aides.

The real competition, the aide said, would be between old party workers, who have already expressed their dissatisfaction over the free-for-all entry of politicians from other parties. For this purpose, some of the potential candidates had formed unannounced groups within the party. Noticing the brouhaha, the PTI Election Commission, headed by former interior secretary Tasneem Noorani, had to issue a special advisory. “The PTI EC has noted with concern that meetings are taking place between members in groups, to plan and prepare for the next intra-party elections and these groups are being positioned as alliances/forums etc.” It further said that while meetings to prepare for elections were perfectly in order, giving these gatherings a formal title, smacks of dividing the party into panels, which are disallowed. “In order to keep the next intra-party elections as harmonious as possible, all are, therefore, advised against forming groups to contest next intra-party elections and projecting them as such. This advice may be followed by disciplinary action if not followed,” Mr Noorani warned.