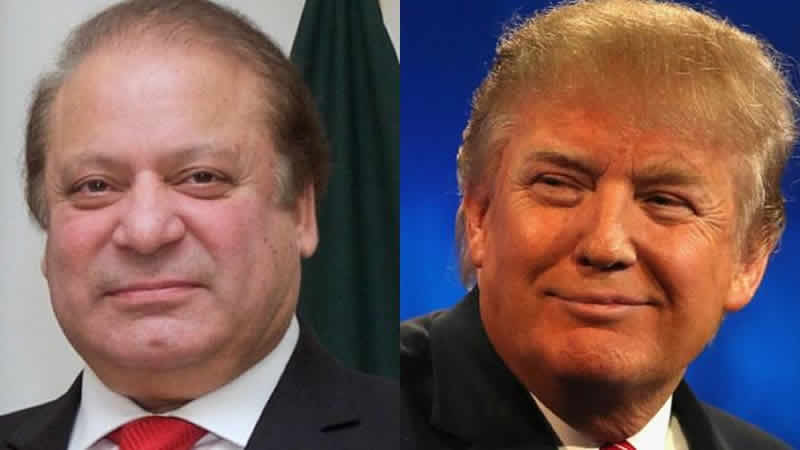 US president-elect Donald Trump said on Wednesday he is willing to play any role that Pakistan wants to find solutions to outstanding problems, reported Radio Pakistan.

Trump made these remarks in a telephonic conversation with Prime Minister Nawaz Sharif. The premier had called Trump to felicitate him on his recent victory.

According to a statement issued by Maryam Safdar-led PML-N media cell, “President Trump said Prime Minister Nawaz Sharif you have a very good reputation. You are a terrific guy. You are doing amazing work which is visible in every way. I am looking forward to see you soon. As I am talking to you Prime Minister, I feel I am talking to a person I have known for long. Your country is amazing with tremendous opportunities.”

The US president-elect also said it will be an honour for him to do so and he will do what is needed. Nawaz also invited Trump to visit Pakistan. Trump, in reply, said he would love to visit the country and meet its people. Donald Trump, riding a wave of populist resentment, defeated Hillary Clinton in the race to become the 45th president of the United States. The US president-elect secured at least 290 electoral votes, securing more than the 270 he needed to succeed President Barack Obama. -dailytimes

Will This Be The Ultimate Tax Amnesty