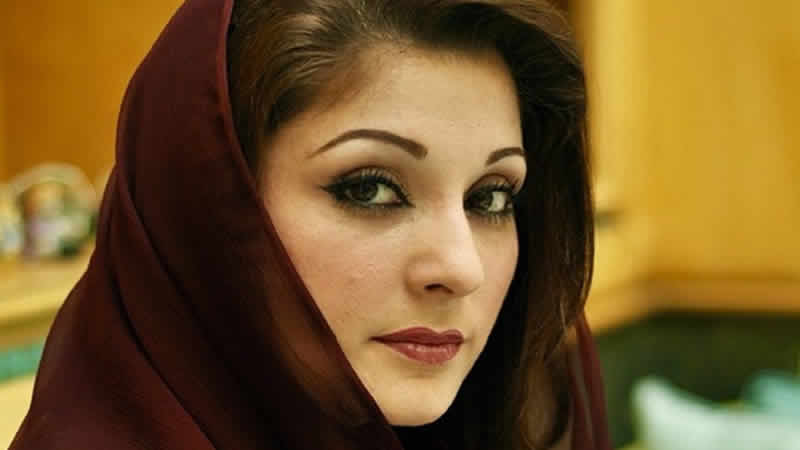 PM Nawaz’ daughter Maryam Nawaz will be appearing before the Joint Investigation Team (JIT) on Wednesday (today). Hussain Nawaz recorded his statement before the probe team the other day.

Hassan Nawaz and and Finance Minister Ishaq Dar also recorded their statements before the Joint Investigation Team on Monday. Strict security arrangements have been out in place at the JIT Secretariat in the Federal Judicial Academy in Islamabad. The local police have tightened security in the vicinity of the judicial academy and as many as 2500 personnel have been deployed for various security duties.

Four SPs, 11 DSPs and 13 inspectors will be managing the security plan, with Special Branch SP Arsala Saleem especially deployed for the security of the premier’s daughter. Contingents of Rangers and FC have also been deployed around the academy since early Wednesday (today) morning. The main road into Sector H-8 where the academy is located has also been closed.

Supporters in favour of Maryam at the academy are holding placards to show solidarity with Maryam Nawaz. In a series of tweets, Maryam said that her father has been through testing times in more than 30 years of his political career acting out his rivals. Yet as an affectionate and protective father, I saw his eyes filled with concern and apprehensions over his daughter’s appearance before JIT,” she stated on social media.

“I am your daughter, trained by you, I will neither cower down, nor yield to pressure and nothing will deter me from taking up the cudgels against transgression and injustice,” she said that she told her father. The first daughter also said that she would appear before the investigation team and follow the rule of law like her father. Punjab Chief Minister Shehbaz Sharif said that there were no moral grounds for summoning of Maryam Nawaz by the JIT.

Moreover, National Accountability Bureau Chairman Qamaruz Zaman Chaudhry has also been summoned by the JIT today, and is expected to appear around 2pm. Sources are reported to have said on Tuesday that two JIT members, NAB’s Irfan Mangi and Military Intelligence’s Brigadier Kamran Khurshid, made a day trip to Dubai for investigation purposes. The JIT constituted on May 6, to investigate the off shore properties and businesses of the Sharif family has until July 10 to complete its probe and submit its final report to the Supreme Court.

Why Clean Drinking Water Is Important For Good Health