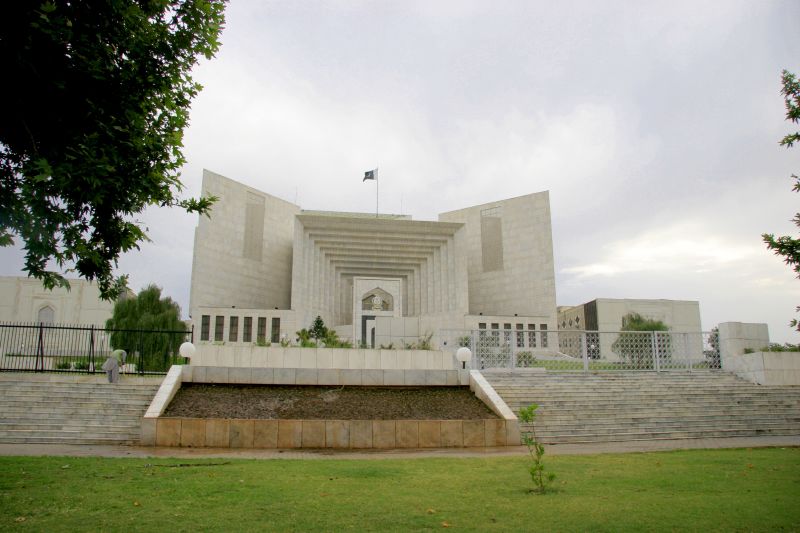 A three-judge Supreme Court bench seized with the Panama Papers implementation case, resumed hearing on the Joint Investigation Team (JIT) report on Monday with the parties involved hoping to get decision according to their wishes.

The opposition is counting on the apex court to send Prime Minister Nawaz Sharif packing in the wake of the Panama JIT’s disclosures about him and his family allegedly involved in money laundering. Whereas, the government is pinning its hope on the court to give a fair hearing to its objections to the report, which it had termed a pack of lies and speculations.

The Sharifs’ legal team has filed the objections in the court, rejecting the report in its entirety. It termed the findings biased, politically motivated and an attempt to tarnish the image of the prime minister and his family. A voluminous JIT report had rejected the Sharifs’ explanation for how they have come to own the London apartments and accused them of holding assets beyond their known sources of income.

After the release of the report, Nawaz Sharif has been under immense pressure to step down, but he has resolved to stay in office, terming these findings a witch hunt. PTI chief Imran Khan has been anticipating a big goodbye reception for the premier in Islamabad this week and has asked his party members to be ready to chase Prime Minister Nawaz Sharif to Adiala Jail as his wrongdoings had been exposed. Within a few days he would call people to celebrate their victory against the corrupt mafia, he added.

PTI spokesperson Fawad Chaudhry believed that the Panama case will reach its logical conclusion by the end of this week and warned that if the way of justice was obstructed the party would ask its workers to “help us gain justice”. He said that the assets of Nawaz Sharif started to rise gradually after he came to power in the 1990s, and money continued to flow out of Pakistan through an organised network.

On the other hand, PML-N has been terming the report a conspiracy being hatched to send the democratic government home. Minister for Planning Ahsan Iqbal had said earlier,“a political agenda is in the making in the name of accountability against the prime minister and its objectives are not different from dharna I and dharna II.”