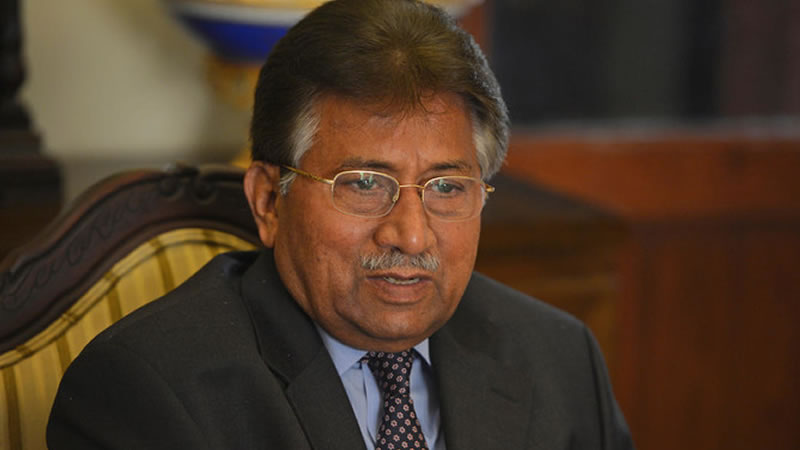 The 169-page detailed verdict by a three-member bench of the special court on hearing Musharraf’s high treason case was issued on Thursday.

The bench in Islamabad had found former army chief General (retd) Pervez Musharraf guilty of high treason and handed him a death sentence under Article-6 of the Constitution.

‘All uniformed officers who were guarding Musharraf are equally, fully involved in the act’

The detailed verdict by a three-member bench of the special court which found former military ruler retired Gen Pervez Musharraf guilty of high treason and handed him a death sentence under Article 6 of the Constitution was issued on Thursday.

Justice Seth and Justice Karim voted for the death sentence and said that the evidence presented proved that he committed a crime.

“The then Corps Commanders Committee in addition to all other uniformed officers who were guarding him each and every time, with boots on, are equally and fully involved in the act and deeds of the accused person,” says the judgement.

“As a necessary corollary to what has been observed we find the accused guilty as per charge. The convict be hanged by his neck till he dies on each count as per charge,” says the verdict in its order.

“We direct the law enforcement agencies to strive their level best to apprehend the fugitive/convict and to ensure that the punishment is inflicted as per law and if found dead, his corpse be dragged to the D-Chowk, Islamabad, Pakistan and be hanged for 03 days.”
Death sentence

The army had stood by Musharraf, with Maj Gen Asif Ghafoor, in a statement, saying that the “decision given by special court has been received with lot of pain and anguish by rank and file of Pakistan Armed Forces”.

“An ex-Army Chief, Chairman Joint Chief of Staff Committee and President of Pakistan, who has served the country for over 40 years, fought wars for the defense of the country can surely never be a traitor,” said the ISPR statement. “The due legal process seems to have been ignored including constitution of special court, denial of fundamental right of self defence, undertaking individual specific proceedings and concluding the case in haste.”

“Armed Forces of Pakistan expect that justice will be dispensed in line with Constitution of Islamic Republic of Pakistan,” he said.

The PTI-led government had termed the high treason trial against Musharraf “unfair”. “I will defend the law in the case but not any individual,” said Attorney General Anwar Mansoor in a late-night joint press conference on the day of the verdict.

The former military chief is currently in Dubai in the United Arab Emirates. He was admitted to a hospital following deterioration of his health earlier this month. In a video statement from his hospital bed, he called the treason case “absolutely baseless”.