Pakistan Sees Spike in Virus Deaths as Toll Surges to 192 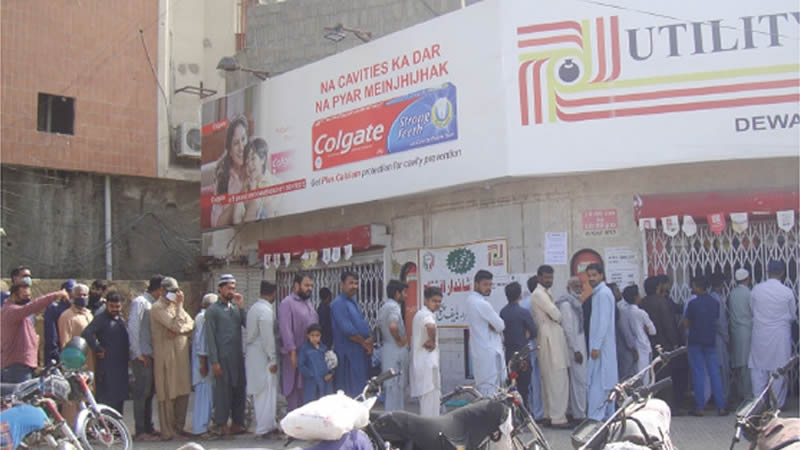 As the number of coronavirus cases surged past 8,500 with the addition of 425 new cases and the toll hitting 192 with 24 deaths on Monday, diplomats visited the National Command and Operation Centre (NCOC) to observe the countrywide arrangements to control the deadly virus.

“During a briefing, we informed about our strategy, structure, etc. Diplo­mats asked a number of questions about the working of NCOC. They were also informed that the issue was taken up at the level of National Security Commit­tee and it was decided to establish a National Coordi­nation Committee to take prompt decisions to combat the virus,” Special Assistant to Prime Minister (SAPM) on Health Dr Zafar Mirza said during a media briefing.

According to a statement, Federal Minister for Plan­ning, Development, Reforms and Special Initiatives Asad Umar briefed the visiting delegation on Covid-19 situation and its impact on various sectors of Pakistan and containment efforts made so far to mitigate the challenges and provision of best possible services to common people in line with Prime Minister’s vision.

Federal Minister for Economic Affairs Khusro Bakhtiar briefed the dignitaries about financial assistance extended by the World Bank, International Mone­tary Fund, Asian Develop­ment Bank and thanked the G-20 members for their assistance in grace period to focus on Covid-19 challenges.

Later, Dr Mirza told the media that some diplomats said they learnt a lot during their visit to the centre and also assured the government of their cooperation in the fight against Covid-19.

The PM’s aide was of the opinion that past investments in the polio programme proved beneficial for response against the virus.

While discussing the difficulties of people due to suspension of polio campaigns, routine immunisations and closure of the out-patient departments of hospitals, Dr Mirza said it was decided to start telemedicine across the country. This way, he said, “patients suffering with non-communicable diseases such as blood pressure, diabetes, etc will be able to get advice from heath practitioners through phone calls”.

He expressed the hope that Covid-19 would soon be eradicated from the world and claimed that the lessons being learnt during the current crisis would be used for addressing health-related issues in future.

About the fears of virus spread during Ramazan, Dr Mirza said the Ulema had agreed that they would ensure social distancing during prayers. He also pledged that it would be ensured that mosques would not become epidemic of the virus.

The PM’s aide said elderly and sick people should not go to mosques. Sharing statistics to prove his point, he said 82 per cent of Covid-19 patients who died in Pakistan aged over 50 years. “Moreover, 83pc of them were suffering with health complications such as diabetes, heart issues, cancer, etc,” he added.

However, deputy chairman of the Senate Saleem Mandviwalla said the Covid-19 situation was becoming complicated.

“I am concerned about such a huge number of cases. There is need to increase the coordination among federal and provincial governments,” he said.

Mr Mandviwalla appealed to the masses to adopt social distancing and follow the guideline of the World Health Organisation as precautionary measures were the only defence against the deadly contagion.