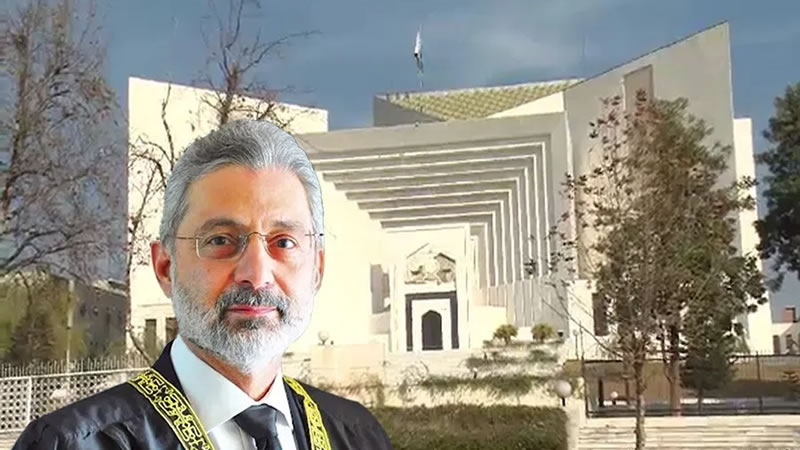 Justice Qazi Faez Isa’s wife on Thursday recorded her statement before the Supreme Court bench via video link in an assets concealment and alleged misconduct case against her husband.

Justice Isa, the Supreme Court judge who is facing a presidential reference for not disclosing his family’s assets, had told the apex court a day earlier that his wife wanted to appear before the SC bench to tell sources of her UK properties.

Subsequently, following the top court’s approval she submitted the money trail of her three properties in the United Kingdom, stating that all the money was transferred from Pakistan to UK through her two foreign accounts.

Total value of these properties is equal to one kanal plot situated in Karachi and Islamabad, she added.

Earlier in the day, during the hearing of the case Justice Bandial had remarked that Justice Isa’s wife was a dignified lady but doesn’t know the norms of the court and therefore she should be careful.

The PTI-led federal government moved the Supreme Judicial Council (SJC) against Justice Isa in May 2019, claiming that the judge had committed misconduct by not disclosing in his wealth statement his family members’ properties in the UK.