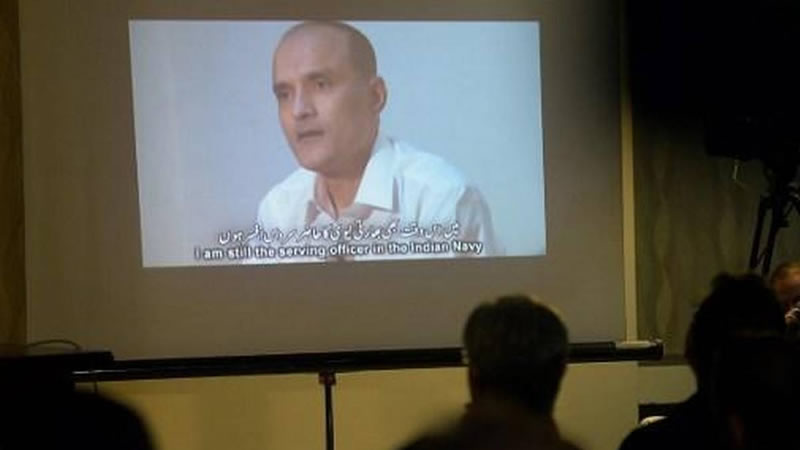 Pakistan on Thursday provided consular access to Commander Kulbhushan Jadhav for the second time at the Indian request but the Indian diplomats left the meeting without hearing the naval officer-turned-RAW agent, compelling Foreign Minister Shah Mehmood Qureshi to conclude that New Delhi was never interested in the consular access.

“Two consular officers of the Indian High Commission in Islamabad were provided unimpeded and uninterrupted consular access to Commander Jadhav at 1500 hours,” said a statement issued by the Foreign Office.
Previously, Pakistan provided the consular access on September 2, 2019 under the Vienna Convention on Consular Relations (VCCR) 1963. “The mother and wife of Commander Jadhav were also allowed to meet him on 25 December 2017,” the statement added.

While the Foreign Office statement provided no details about what exactly transpired in the meeting between Indian officials and Jadhav, Foreign Minister Qureshi gave a detailed description in a separate statement.

Qureshi said the Indian consular officers were provided access to Jadhav as desired by New Delhi. Unlike the previous meeting, this time even glass partition was removed as well as no audio or video recording was done of the interaction between Indian High Commission officials and Jadhav, he added.

Qureshi said it was surprising that Indian diplomats opted for escape instead of access to Kalbhushan. The Indian officials’ reluctance to meet Jadhav exposed India’s “malice” as New Delhi in reality never wanted access at first place. He maintained that Pakistan fulfilled all demands of the Indian diplomats, but even then, they preferred to go away without having any talk with Commander Jadhav.

Qureshi later told a news channel that Pakistan was willing to provide yet another consular access to India. “They had objected over the presence of security officials during the meeting, we are willing even to remove those officials. If India wants another access then our offer is open. If they (India) want to meet him tonight or tomorrow, we are ready,” Qureshi told the channel.

Commander Jadhav was arrested from Balochistan in March 2016 by security forces in a counter-intelligence operation. During investigation, Jadhav confessed to his involvement in terrorist activities inside Pakistan that resulted in loss of many precious human lives. He also made important revelations about RAW’s role in sponsoring state terrorism in Pakistan.

He was given death sentence by the military court but his mercy petition is pending before the army chief. Pakistan also issued an ordinance allowing him and India to file a review against his sentence. Jadhav, however, refused to file a review, while Indian government yet to responded to Pakistan’s offer.

Pakistan has given Jadhav and India a chance to file a review to fulfil the requirement of the International Court of Justice, which in July last year called for the “effective review of reconsideration” while directing Islamabad to give India consular access to Jadhav without any delay.

The Foreign Office said Pakistan remained committed to fully implementing the ICJ’s judgment of 17 July 2019. “It is hoped that India will cooperate with the Pakistan court in giving full effect to the said judgment.”

PM Urged to Save Overseas Pakistanis from CDA Mafia

PM Urged to Save Overseas Pakistanis from CDA Mafia