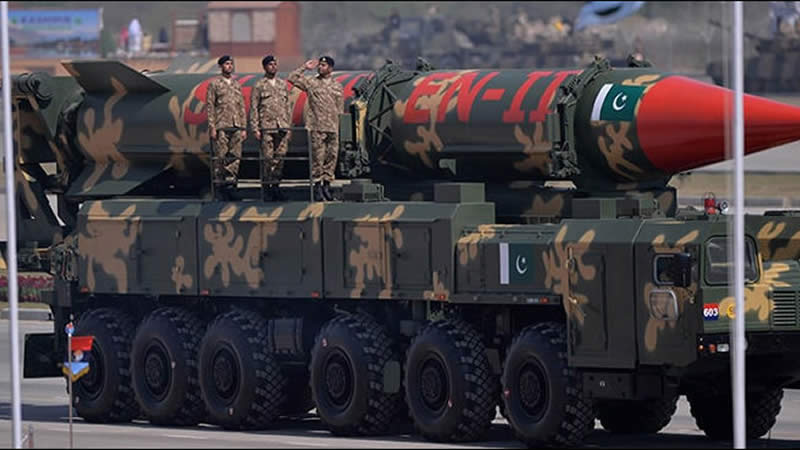 Nuclear Threat Initiative (NTI), a leading US non-proliferation watchdog, has ranked Pakistan as the most improved in security of those countries holding nuclear materials, improving its overall score by seven points.

“Pakistan’s improvements in the Security and Control Measures category are significant because strengthened laws and regulations result in durable boosts in Pakistan’s score as well as provide sustainable security benefits,” the watchdog said in its annual report.

The NTI Nuclear Security Index is a public benchmarking project of nuclear security conditions on a country-by-country basis in 176 countries.

“One welcome bit of news reported by #NTIindex is that #Pakistan ranked as most improved in security of those countries holding nuclear materials,” she said in a tweet.

The report stated that the majority of Pakistan’s improvements are in the Security and Control Measures category because of its passage of new regulations. The country also improved in the Global Norms category.

It said that Pakistan improved its score with the passage of time with eight points in 2014, two in 2016, and six in 2018 owing to new regulations for on-site physical protection.

“In 2016, it passed new cyber security regulations. In 2018, it improved its insider threat protections. Its newest regulations mark a much larger shift.”

Among countries with weapons-usable nuclear materials, Australia ranked first for the fifth time. It also ranks first in the sabotage ranking for the third time. Despite its repeated position at the top of the ranking, Australia continues to better its score, improving by +1 in both rankings.

The report stated that among countries with weapons-usable nuclear materials, Canada and Switzerland tie for second, Germany is fourth, and the Netherlands and Norway tie for fifth.

Among countries with nuclear facilities in the sabotage ranking, Canada, Finland, and the United Kingdom rank second, third, and fourth, respectively, and Germany and Hungary are tied for fifth.

New Zealand and Sweden tie for first in the theft ranking for countries without weapon-usable nuclear materials, followed by Finland (third), Denmark and South Korea(tied for fourth), and Hungary and Spain (tied for sixth).

first for the fifth time with the best nuclear security conditions among the 22 countries with weapons-usable nuclear materials and for the third time in the sabotage ranking of 46 countries and Taiwan that have nuclear facilities at which an act of sabotage would could result in a dangerous release of radiation.

In the ranking for 153 countries and Taiwan without materials, New Zealand and Sweden tie for first.