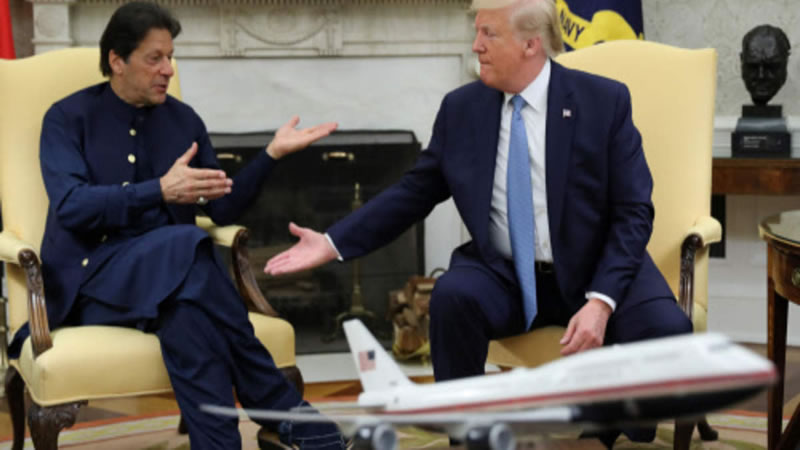 Pakistan on Tuesday asked the United States to play a role in de-escalating tensions with India.

The call was made during virtual consultations between Foreign Secretary Sohail Mahmood and US Under Secretary for Political Affairs Ambassador David Hale.

“It was imperative to take steps to prevent escalation of tensions and to facilitate peaceful resolution of the Jammu and Kashmir dispute,” Mr Mahmood was quoted as having said during the talks.

“India’s continuing military siege in IIOJK and its aggressive posturing against Pakistan pose a threat to peace and security,” the foreign secretary said.

He also mentioned massive human rights violations in the Indian Illegally Occupied Jammu and Kashmir (IIOJK), attempts to change the demographic structure of the occupied territory, and intensified ceasefire violations along the Line of Control. The two sides reviewed the progress vis-à-vis the Afghan peace process.

“The foreign secretary reaffirmed Pakistan’s steadfast support for an Afghan-led and Afghan-owned process and expressed the hope that the Afghan parties would seize this historic opportunity and secure an inclusive and comprehensive political solution through intra-Afghan negotiations,” the Foreign Office said in a statement.

The foreign secretary reiterated Pakistan’s desire to “forge a strong and mutually beneficial economic partnership” with the United States. He said the broad-based and enduring partnership between the two countries, as envisioned by Prime Minister Imran Khan and President Donald Trump, is a factor of stability in the region.