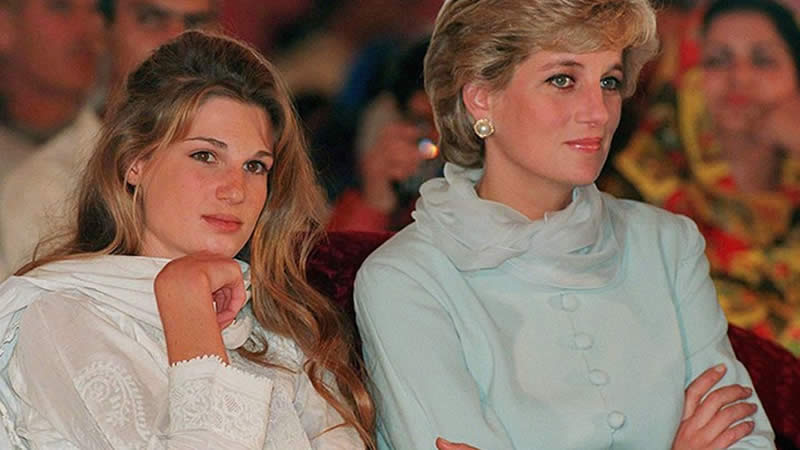 The late Princess Diana considered moving to Pakistan with the “love of her life”, it has been claimed.

The Princess of Wales – who died in a car crash in 1997 – was said to have been deeply in love with Hasnat Khan and had a plan to move to his home country, which she discussed with her friend Jemima Goldsmith, who, at the time, lived in Lahore with then-husband Imran Khan.

Speaking on Channel 5 documentary ‘Diana: Her Last Summer’, royal expert Eve Pollard said: “The idea that the Princess of Wales was going to marry and live with the Pakistani doctor was not what we were expecting.

“She had long conversations with Jemima Khan, who had married Imran Khan and Diana was wondering if it was something she could do.”

In the summer of 1997, Diana joined Jemima on her father James Goldsmith’s private jet for a flight to Pakistan, and while there, the princess secretly met with Haznat’s parents, but the attention her trip brought rocked the relationship, which the heart surgeon had wanted to keep private, and they eventually broke up.

Before the visit, only those closest to Diana were aware of the relationship, with her butler Paul Burrell enlisted to sneak Haznat into Kensington Palace in his car.

He recalled: “I would bring him into Kensington Palace in the boot of my car or underneath a blanket in the backseat of my car.

“‘The police never stopped me and I’d take him off in the back entrance.

“From there on their romance blossomed and they met him on dates outside of the palace too.”

Diana had even been to watch Haznat at work.

Jennie Bond, a former BBC royal correspondent, said: “There had been rumours for quite a long time that Diana was in love with a heart surgeon but no one knew if it was true.

“I remember her telling me once that she left the palace to go and watch open heart surgery, she said, ‘It’s so important Jennie.’ “