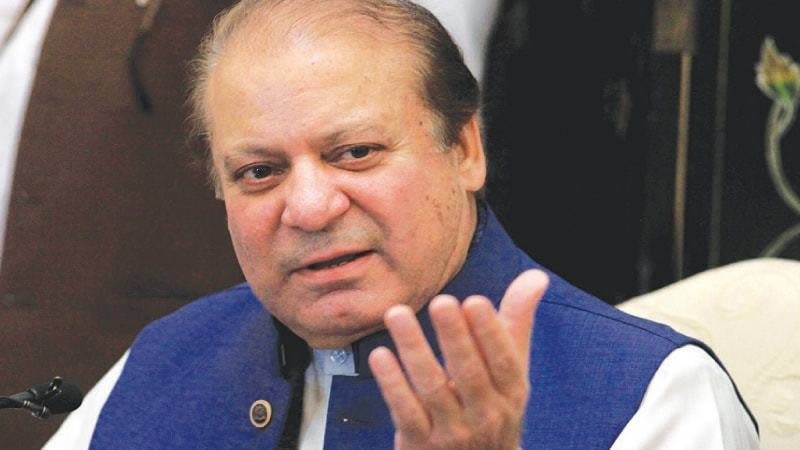 The Islamabad High Court (IHC) on Wednesday issued a proclamation against former prime minister Nawaz Sharif in Al-Azizia and Avenfield references and directed that it be published in two leading newspapers.

In case the Pakistan Muslim League-Nawaz (PML-N) supreme leader remains absent even after the expiry of the given period, the court would declare him a proclaimed offender and order attachment of his properties.

During Wednesday’s hearing, the IHC bench, comprising Justice Aamer Farooq and Justice Mohsin Akhtar Kayani, recorded the statement of Director Europe at the Foreign Office Mohammad Mubashir in the courtroom and of First Secretary Dildar Ali Abro and Consular Rao Abdul Hanan through video link from the Pakistani High Commission in London.

They apprised the court of the efforts made to serve non-bailable arrest warrants on Mr Sharif.

National Accountability Bureau (NAB) Additional Prosecutor General Jahanzeb Khan Bharwana informed the court that the process to serve warrants had been completed and it could now issue the proclamation of the accused.

The IHC’s proclamation was issued to inform Mr Sharif to join the appeals against his conviction in Al-Azizia and Avenfield references.

The court had granted bail of eight weeks to Mr Sharif last year in Al-Azizia reference on medical grounds which lapsed in February.

The reference pertains to the Sharifs being unable to justify the source of funds used for setting up Al-Azizia Steel Mills and Hill Metal Establishment in Saudi Arabia, making it a case of owning assets beyond means.

Arshad Malik, the accountability court judge who was removed for misconduct on Dec 24, had convicted Nawaz Sharif in Al-Azizia Steel Mills reference and imposed a fine of Rs1.5 billion and $25 million on him. A 10-year disqualification from holding a public office was also part of the sentence.

The disqualification would go into effect following Mr Sharif’s release from jail after serving the seven-year sentence.

The reference, which pertains to the purchase of four flats in Avenfield House, Park Lane, London, was among three cases filed by NAB against Mr Sharif and his children on the Supreme Court’s order in the July 28 Panamagate verdict.

Accountability Court Judge Azam Khan has already declared Nawaz Sharif a proclaimed offender and attached both his movable and immovable properties for absconding in the Toshakhana case.

According to NAB’s report, Mr Sharif owns more than Rs200,000 in four active bank accounts and a small amount of foreign currency in three other accounts.

Besides these seven active accounts, he has a dormant account in Allied Bank, New Garden Town branch, Lahore, in which Rs397,810 is deposited.