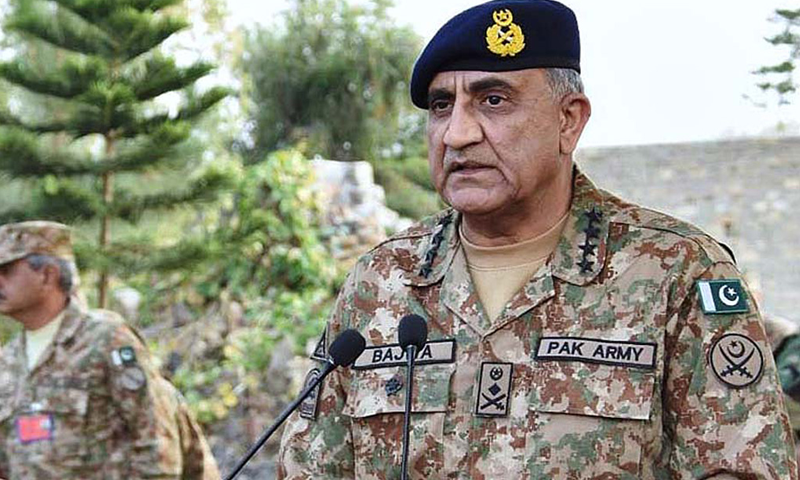 Chief of Army Staff (COAS) General Qamar Javed Bajwa has said that Pakistan Army will continue to ensure protection and security of civilian population along the Line of Control (LoC) amid unprovoked aggression by the Indian troops.

He said this while visiting the headquarters of Rawalpindi Corps on Wednesday, according to a statement issued by military’s media wing, the Inter-Services Public Relations (ISPR).

The army chief was given a comprehensive briefing on prevalent situation along the de facto border and operational preparedness of the formations.

Gen Qamar appreciated resilience of Kashmiri population who are being deliberately targeted by the Indian security forces on both sides of the LoC. He said that Pakistan Army shall continue to ensure protection and security of people along the de facto border.

The COAS was also briefed on the developmental work being undertaken in Rawalpindi Cantonment. He expressed his satisfaction over the progress and appreciated the civil administration in this regard.