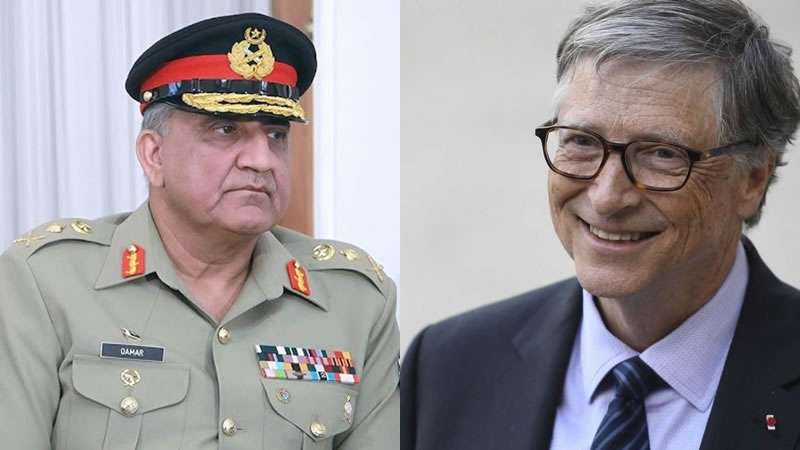 Bill Gates, American business magnate, philanthropist and Co-Chair of the Bill & Melinda Gates Foundation, on Thursday acknowledged Pakistan’s efforts in managing the Covid-19 pandemic despite the current rise in cases.

Chief of Army Staff (COAS) General Qamar Javed Bajwa and Bill Gates, during a telephonic conversation, spoke about Pakistan’s coronavirus response and resumption of polio vaccination campaigns amid pandemic, according to the Inter-Services Public Relations (ISPR).

The military’s media wing said that Bill Gates conveyed his appreciation for Pakistan Army for supporting national polio drive and ensuring proper reach and coverage of polio campaigns this year, particularly through involvement of community leaders and influencers.

General Qamar said that it was a national cause and national effort. “We will call it a success when no child is affected in Pakistan. Credit goes to the grassroots workers including the mobile teams, Law Enforcement Agencies and health representatives.”

Bill Gates acknowledged Pakistan’s efforts in managing the pandemic despite the current rise in coronavirus cases and efforts to safely conduct polio immunisation campaigns and essential immunisations that have continued amid the pandemic.

They also pledged to continue working together to make further progress in ending polio in Pakistan and improving the health of all children.