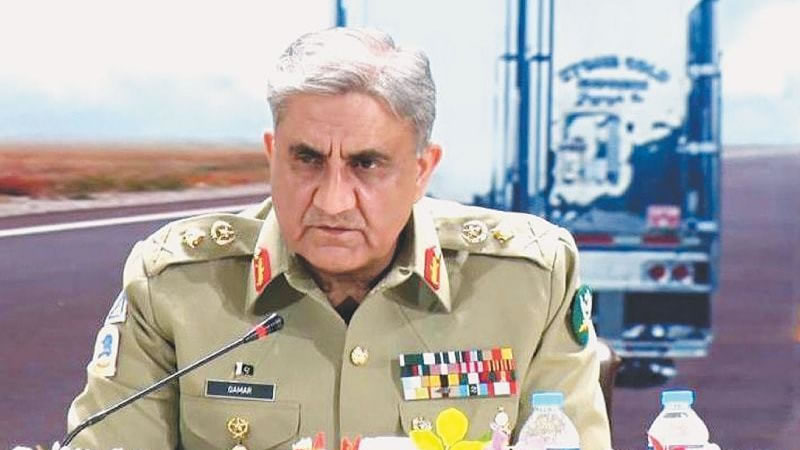 Chief of the Army Staff (COAS) Gen Qamar Javed Bajwa on Tuesday warned the Indian army that it would always get a befitting response to any “misadventure or aggression” from across the divide.

The note of caution by Gen Bajwa came during his visit to the army positions in unspecified snowbound forward areas along the Line of Control (LoC) in Azad Jammu and Kashmir (AJK), hours after a woman was killed and two other civilians, including a minor boy, were injured as a result of “unprovoked” ceasefire violations by the Indian army.

According to a statement issued by the Inter-Services Public Relations, the COAS was briefed about the latest situation, particularly ceasefire violations by the Indian army deliberately targeting innocent civilians along the LoC, and the recent targeting of a United Nations vehicle by Indian troops against international norms and conventions.

“Indian provocations, particularly recent targeting of the UNMOGIP vehicles, are [a] threat to regional peace and stability,” observed the army chief on the occasion.

On Friday, Indian troops had deliberately fired upon a UN vehicle, carrying two military observers on a routine monitoring mission in AJK’s Poonch district, in what was described by the Foreign Office spokesperson as a “reprehensible act, indicative of a new low in the conduct of Indian army”.

According to the Ministry of Foreign Affairs website, Pakistan has taken up this issue with the UN, urging it to initiate a transparent investigation into the incident.

The army chief vowed that Pakistan Army would take measures to protect innocent civilians along the LoC and defend honour, dignity and territorial integrity of the motherland at any cost.

Pictures and a video clip released by the army’s media affairs wing showed Gen Bajwa and other senior military commanders trudging through the pathways carved out in the snowcapped forward locations.

After attending the briefing indoors, Gen Bajwa addressed the soldiers in the open. In the video clip, the soldiers, who had been lined up in accordance with the standard operating procedures for Covid-19, were heard vociferously shouting the slogan of Pakistan Zindabad (Long Live Pakistan).

In one picture, the COAS was seen interacting with a soldier, with the former’s hand on the latter’s shoulder.

Earlier on his arrival, Gen Bajwa was received at the LoC by Rawalpindi Corps Commander Lt Gen Azhar Abbas.

Earlier in the day, AJK officials said, Indian troops resorted to heavy shelling in Goi sector of Kotli district and adjacent areas of Poonch district at about 9am “without any provocation, using mortars and heavy weapons and targeting civilian populations”.

Both injured were shifted to the District Headquarters Hospital, Kotli.

The shelling also caused material losses to the villagers in the affected areas, as at least seven houses were damaged and five cattle heads killed, officials said, adding that in many villages it burnt dried hay piled by villagers in the fields.

The heavily militarised LoC has been constantly witnessing ceasefire violations in a serious breach of a truce agreement signed by the armies of India and Pakistan in Nov 2003.

According to Saeed Qureshi, a senior official at AJK’s disaster management body, as many as 31 civilians have lost their lives and 260 others suffered injuries in different areas along the LoC in the current year due to such violations by the Indian army.

“No let-up in unrelenting bloodletting at the Ceasefire Line, as one more innocent civilian dies and another two, including a young boy, suffer wounds on my side today at the hands of the bestial Indian Army. I wonder what else will jolt the conscience of the UN & the int’l community?” he tweeted.

In a statement from Islamabad, AJK President Masood Khan said that despite exercise of maximum restraint by the Pakistan Army, Indian forces had been continuing aggression along the LoC by targeting the civilian population, in their failed attempts to divert world attention from inside the occupied territory.