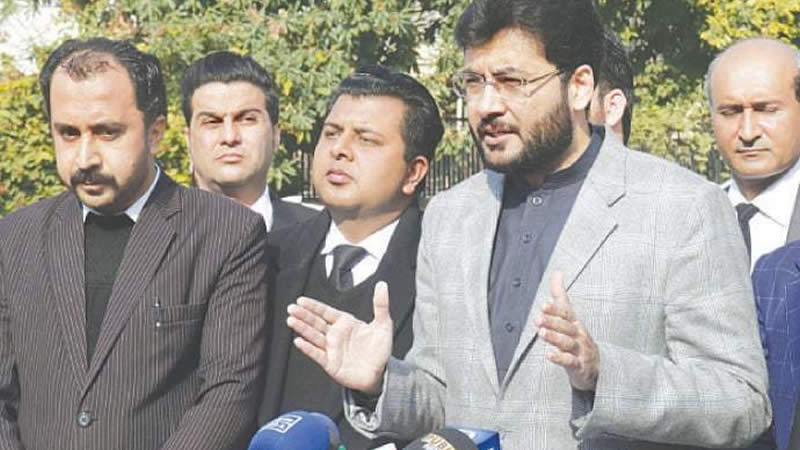 The Pakistan Muslim League-Nawaz (PML-N) has conceded before the scrutiny committee of the Election Commission of Pakistan (ECP) that it had received funds from the Al Qaeda founder, but said the transaction of the 90s is beyond the scope of audit by the panel, claimed Parliamentary Secretary for Railways Farrukh Habib on Wednesday.

Talking to reporters after hearings of foreign funding cases against the PML-N and PPP by the scrutiny committee, he said that former prime minister Nawaz Sharif laid foundation of foreign funding in Pakistan by receiving funds from Osama bin Laden to topple Benazir Bhutto’s government.

The Pakistan Tehreek-i-Insaf (PTI) leader said that the PML-N and the Pakistan Peoples Party had failed to provide the details of their donors.

He also criticised the Jamiat Ulema-i-Islam-Fazl and said its chief Maulana Fazlur Rehman had received funds from Libya and Iraq.

The parliamentary secretary said that the opposition parties would not be allowed to escape from the foreign funding cases.

He said that the PTI had collected funds in the most transparent manner and had provided the scrutiny committee details of about 40,000 donors.

He challenged PPP chairman Bilawal Bhutto-Zardari and PML-N vice president Maryam Nawaz to bring records with them and hold a live debate with him.

On the other hand, PML-N secretary general Ahsan Iqbal, while talking to reporters, claimed that the PTI had concealed details of its 18 bank accounts.

The PML-N leader said that the PTI would be made accountable on the foreign funding issue at any cost.

He said that the lawyer of the PTI had suggested to the scrutiny committee to hide all information.

PML-N lawyer Jehangir Jadoon criticised the PTI for the talk about PML-N receiving funds from Osama bin Laden. He said the ECP committee was scrutinising funds received over the last five years only, and the mention of a 1990s saga was irrelevant at this stage.

The PTI is also facing scrutiny of its foreign funding which was initiated after one of its founding members Akbar S. Babar filed a petition with the ECP in this regard.