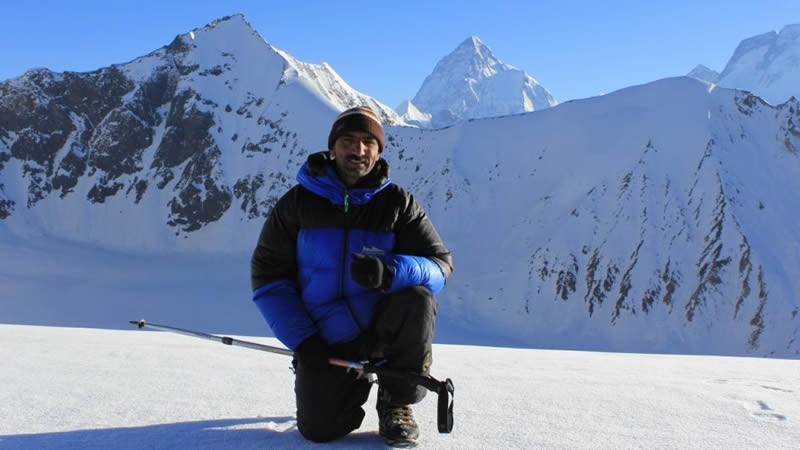 Missing Pakistani mountaineer Ali Sadpara has been declared dead by his family after going missing for more than 10 days.

The announcement was made by Ali Sadpara’s son, Sajid Sadpara, in Skardu. “I will keep my father’s mission alive and fulfil his dream,” he said.

He also thanked Prime Minister Imran Khan, Chief of the Army Staff General Qamar Javed Bajwa and the courageous pilots of the Askari Aviation for conducting a thorough search and rescue operation amid the harsh weather for his father.

Sadpara, Iceland’s John Snorri and Chile’s Juan Pablo Mohr had departed for their journey on February 3 after Sadpara’s birthday, asking fans and admirers to “keep us in your prayers”.

They had started their attempt for the final summit in the early hours of February 5, hoping to accomplish the herculean feat by afternoon.

According to updates posted on Snorri’s facebook account on Friday, at 12:29pm, the GPS stopped working and had not updated in six hours.

Ali Sadpara’s management revealed a few days ago that the government and other stakeholders were employing their best efforts to find Sadpara and the other climbers who went missing, despite him being missing for almost 10 days.

Sadpara’s management, which operates his official Twitter account, on Monday announced that a meeting of the apex committee regarding the missing climbers’ search and rescue (SAR) operation will be held on Feb 17, 2021, in Gilgit.

“Please avoid any premature statements and keep away from fake reports,” the management had said.