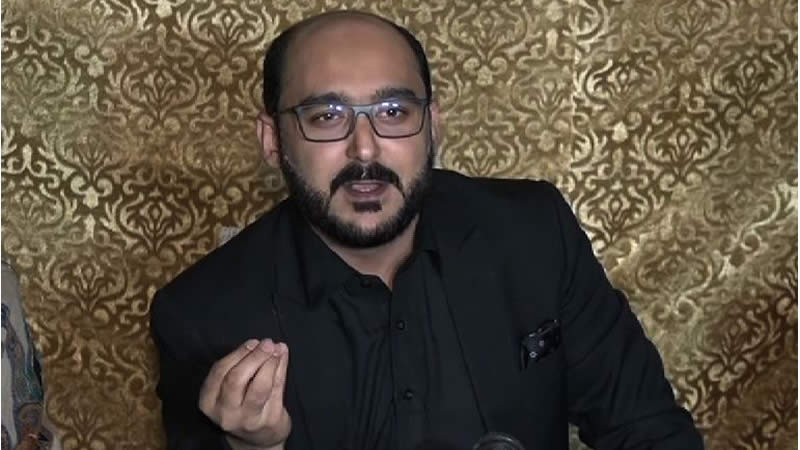 Ali Haider Gillani has confirmed that he advised the PTI MNAs on how to have their Senate votes rejected.

He made the announcement at a press conference in Islamabad after his video with PTI lawmakers went viral Tuesday evening.

“I have been meeting several people as part of the campaign,” he said, adding that it was his right to request the MNAs to vote for them.

“We have requested many of our old and new friends, who belong to the ruling party, for their votes,” Ali Haider said.

The prime minister bought Senate votes by issuing Rs500 million funds to each of his party’s lawmakers, he claimed. The election commission should take notice of it, he said.

“Isn’t this a bribe, isn’t this called buying the votes,” Ali Haider questioned.

“As far as this video is concerned, I can state this on good authority that these MNAs belong to the PTI, they are my friends,” he said.

Ali Haider said the PTI MNAs wanted to vote for his father because of their differences with Hafeez Shaikh.

They asked if their party forced them to vote for its candidate then what should they do, he said. “I told them you can keep your vote secret under Article 226 and vote for whomsoever you want.”

Ali Haider confirmed advising the lawmakers on how to have their votes rejected in case their party handed them marked ballots.

About the video in question, Ali Haider said there were more than two lawmakers present at the time. “I thanked them for reposing their trust in us,” he said.

Ali Haider Gillani is the son of former premier Yousuf Raza Gillani, who is the Pakistan Democratic Movement’s Senate candidate from Islamabad.

A video of him went viral on Tuesday in which he is allegedly seen advising an MNA on how to waste his vote in the Senate election.

The video was shot a few days ago, sources told SAMAA TV’s correspondent Abbas Shabbir. The development came just a day before the Senate election.

“If the vote is to be wasted then what you have to do,” Ali Haider Gillani is purportedly heard explaining to the lawmaker. “Okay, these two will be crossed,” the MNA asks.

To this, Ali Haider replies, “This way you will cross them….vote will be rejected.”