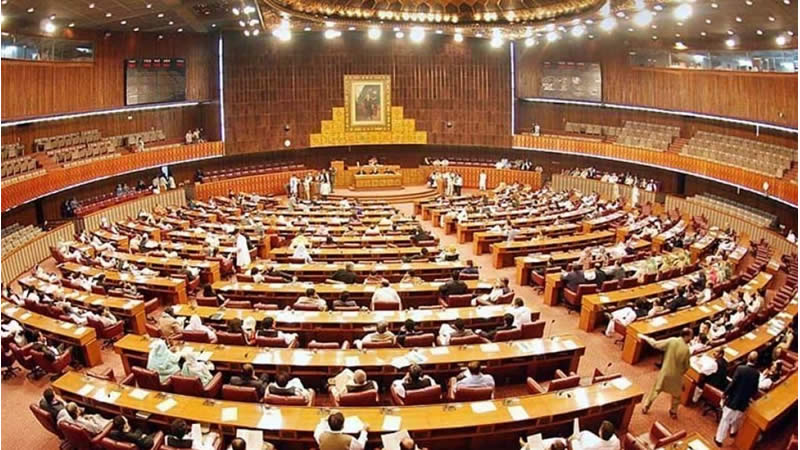 Pakistan MPAs and MNAs are gearing up to elect the members of the country’s upper house of Parliament.

The Senate election is held through an indirect ballot as MPAs and MNAs vote for the candidates nominated by their parties. The voting will continue for the next four weeks.

On Wednesday, the first vote was cast by PTI MNA Faisal Vawda.

The election is being held because the terms in office of 48 of Pakistan’s senators are coming to an end in March. This includes the deputy chairperson of the Senate, Senator Saleem Mandviwalla of the PPP. Mandviwalla’s three years as a senator are up.

The Senate had 104 seats but after the elections the seats will reduce to 100 as four retiring senators from former Fata will not be replaced as the former tribal districts have been merged with KP. After the 2024 elections, the strength will be cut down to 96.

Each provincial assembly gets to elect 23 senators each because the Senate has to have an equal number of people from each province. The National Assembly MNAs get to vote for two senators from the federal capital, Islamabad to be sent to the Senate.

Here’s a breakdown of the seats up for grabs:

Senate seats are reserved for women, minorities, and technocrats. The rest are called general seats.

On March 1, the Supreme Court gave its opinion on elections and said that it will be conducted through a secret ballot but the votes should be traceable. It instructed the electoral body to ensure that the elections are conducted “honestly, justly, fairly and in accordance with the law and that corrupt practices are guarded against”. The commission must “take all available measures including utilising technologies to fulfil the solemn constitutional duty,” the judgement added.

The ECP has formed a three-member committee, comprising special secretary, IT director-general and Punjab member, to ensure the use of technology during the Senate election. It may also take assistance from NADRA, FIA, and the Ministry of IT.

The Pakistan Tehreek-e-Insaf presented a bill in the National Assembly and then a presidential ordinance was also passed to ensure that the Senate elections are held through an open ballot. The party said that it wanted to ensure that the elections are “transparent” and “fair”. The elections in the past have been marred with allegations of horse-trading and parliamentarians selling their votes. In 2018, the PTI expelled 20 members for selling the votes during the 2018 Senate Elections.
List of candidates

There are two candidates contesting for the elections from the capital city, PTI’s Abdul Hafeez Shaikh and PPP’s Syed Yousuf Raza Gillani.

PML-N’s Farzana Kausar and PTI’s Fozia Arshad are contesting for the women’s seats.

Ten candidates are contesting elections in Sindh. Here are the names of those contesting for the general seat:

The leaders contesting for technocrat/Aalim seats are:

Candidates for the Women’s seat:

Here’s the list of candidates standing for the General seat in the Senate election:

Leaders standing for the Technocrats/Ulema seat

Candidates for the Women’s seat:

All candidates contesting the Senate election from Punjab have been elected unopposed, the ECP confirmed on February 26.

What do Senators do?

A senator has roughly the same perks and privileges as an MNA.

In a sense, their real power lies in balancing out voting on making new laws. New laws or changes to the biggest law of the land, the Constitution, can be put forward by any house of elected representatives now. If the National Assembly comes up with a law, it can vote to pass it but it then has to send it to be approved by the Senate. And vice versa for the Senate, which has to send new laws or changes to the National Assembly after its house passes it.

The National Assembly tends to be Punjab-strong (that is why it is informally called the House of the Federation). But because the Senate has an equal number of senators from each province there is a higher chance of them either rejecting or asking for changes to, say, any new law that may put other provinces at a disadvantage. It is a system of checks and balances to prevent power from being abused.

They have no financial powers over the national budget as such. All they can do is make recommendations to the National Assembly—which can be ignored.

They have no say in the election of a prime minister. That is done by the National Assembly.