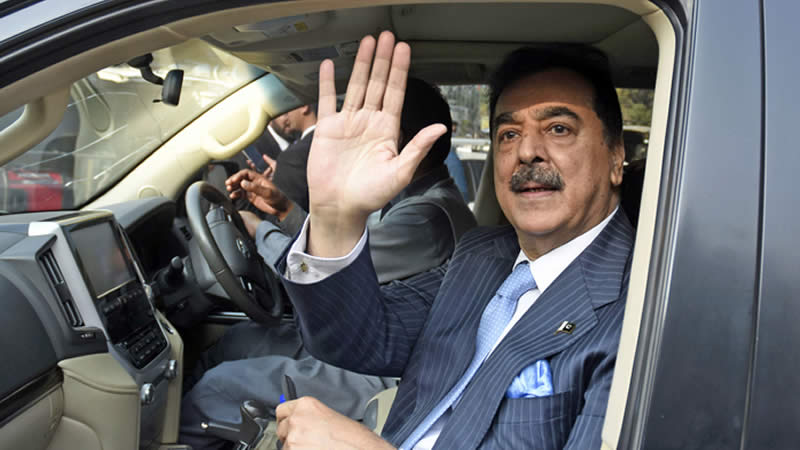 The Election Com­mission of Pakistan (ECP) on Monday accepted a PTI petition seeking early hearing of its plea for disqualification of senator-elect Yousuf Raza Gilani and fixed the case for Tuesday (today).

The decision came hours after PTI lawmakers Farrukh Habib, Maleeka Bokhari and Kanwal Shauzab in their petition asked the ECP not to issue a notification of Mr Gilani’s victory in the recently held Senate polls and sought early hearing of the case which was earlier scheduled for March 11 — a day before the election for the coveted slot of Senate chairman.

“The matter is extremely important as a senator elected with corrupt practices is now aspiring to become the chairman of Senate,” the petition said.

“It is a matter of utmost importance, which will have far-reaching consequences,” it read.

“The election of Yousuf Raza Gilani has been a rare incident in the national political history,” the plea further said. “Hopefully, the election commission will hear the matter urgently, as it heard the issue related to by-election in NA-75, Daska.”

The PTI lawmakers had on Saturday filed a petition in the Election Commission of Pakistan, asking it not to issue the notification about Mr Gilani’s victory in the Senate election.

The petition filed on the basis of a leaked audio clip of Sindh Minister Nasir Hussain Shah purportedly bargaining with four PTI lawmakers for their votes in Senate elections and a video of Mr Gilani’s son Ali Haider in which he is showing some PTI MNAs techniques how to waste their votes.

“The issuance of the notification should be stopped till the action on the video scandal is completed,” the petition said.

“Ali Haider Gilani kept bribing members of the National Assembly,” the petitioners claimed. They also alleged that PML-N vice president Maryam Nawaz, in her speeches, made promises of giving lawmakers PML-N ticket in the next general elections if they voted for Mr Gilani in the Senate polls.

In the video that went viral on social media, Ali Haider Gilani is allegedly instructing PTI lawmakers how to waste their votes.

Ali Haider Gilani admitted to his conversation with the PTI lawmakers, but said he was just responding to their question as to what to do if the votes were made traceable by a barcode. He, however, said he had made no attempt to ‘buy’ votes.

Yousuf Raza Gilani defended his son, saying they were seeking votes from all MNAs as they formed the electoral college for the Senate elections. He said he had also contacted Prime Minister Imran Khan in this connection.

Mr Gilani has been chosen as the PDM’s candidate for the office of Senate chairman against sitting Chairman Sadiq Sanjrani, who has been fielded by the PTI.