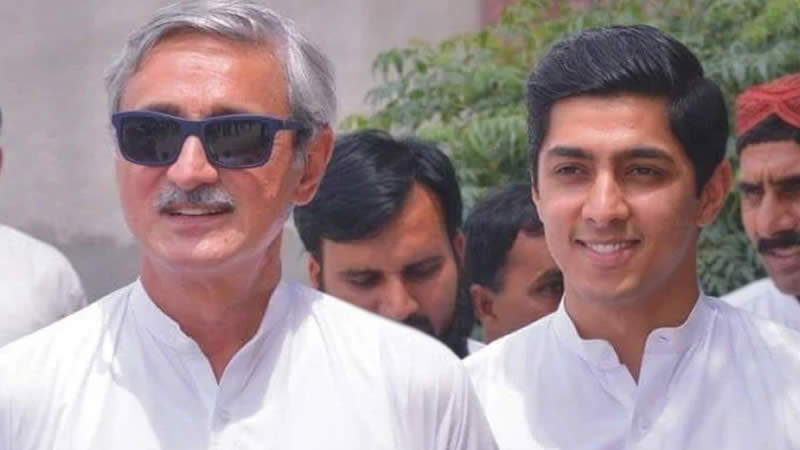 The Federal Investigation Agency (FIA) has booked estranged PTI leader Jahangir Tareen and his son, Ali Tareen, for fraud and money laundering, it emerged on Wednesday.

According to the FIRs dated March 22, copies of which are available with Dawn.com, two separate cases were registered under sections 406 (criminal breach of trust), 420 (cheating of public shareholders) and 109 of the Pakistan Penal Code (PPC), read with sections 3/4 of the Anti Money Laundering Act.

Responding to the development, Tareen lashed out at the FIA and said the accusations against him and his family were “totally fabricated”.

“I have already submitted a detailed reply along with concrete evidence in response to the FIA notice. Unfortunate to see them go on another smear campaign against me & my family without establishing anything illegal,” he said.

One of the complaints states that Tareen fraudulently misappropriated shareholder’s money after his company — JDW group — transferred Rs3.14 billion to an associated private company identified as Farooqi Pulp Private Limited (FPML). The FIR stated that the private company is owned by his sons and close relatives.

“The transfers, especially after FY 2011-2012, were patently fraudulent investments which ultimately translated into personal gains for the family member of the JDW CEO,” the FIR said.

In the second FIR, the investigation agency said “voluminous withdrawals amounting to at least Rs2.2 billion were fraudulently and dishonestly made through a trusted cash rider.” It noted that Amir Waris, employed as a cashier at JDW’s Corporate Head Office, deposited large amounts into the personal and business accounts of Tareen and his family members.

“This modus operandi of cash-based misappropriation and money laundering was employed to break the onwards money trail of deposits into personal and business accounts of the accused Tareen and family,” it said.

It also stated that Rana Nasim Ahmed, JDW CEO, was also given large amounts from the company’s accounts to the tune of Rs600 million. “He claims these humungous amounts as salary, bonuses and ‘gentlemanly-agreed’ benefits.”

Earlier this week, the FIA summoned the chief financial officers (CFOs) and heads of sales of eight major sugar groups in connection with the ‘speculative price-hike’ of the sweetener.

The FIA has recently detected Rs110 billion earning by the sugar mafia during the last one year through ‘speculative pricing’ and it initiated action against those involved in it.