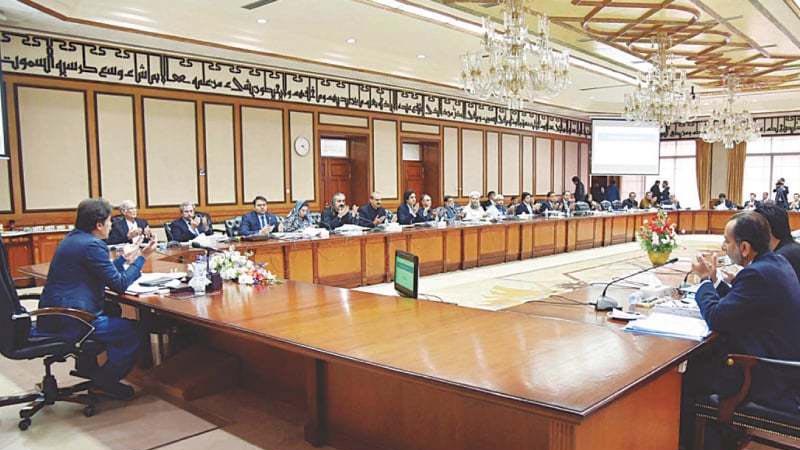 The cabinet on Tuesday consented to the decisions taken on March 31 by the cabinet committee on institutional reforms about the rationalisation of manpower running the federal government machinery.

Special Assistant to the Prime Minister on Institutional Reforms Dr Ishrat Hussain presented the recommendations of the committee regarding the volume of the federal government in terms of employees, working mechanism, manpower in different ministries and departments and their rationalisation.

Information Minister Fawad Chaudhry, at a press conference following the cabinet meeting, said the total expenditure of the federal government was Rs175 billion in 2010. But, despite the 18th Constitution Amendment under which many ministries and institutions were devolved to the provinces, the total expense of the federal government rose to Rs500 billion between 2015 to 2017, thanks to the Pakistan Muslim League-Nawaz government, he added.

Out of these total employees, 95 per cent were working in grade 1-16 and their salaries cost 80-85pc of the total expenditure.

The ratio between officers and staff stood around 1:20 and in the secretariat, it was 1:6.

A total of 21,000 inductions were made in autonomous bodies.

Among these employees, around 35pc are working in security, law and order and civil armed forces, 20pc in the infrastructure services, railway, postal, aviation and highways, 18pc in energy sector, 5pc in social sector, 5pc in commercial and taxation and 12pc in data, training, research and judiciary.

In the ministries, the ratio between officers and employees stands at around 1:4.

The cabinet was apprised of the rationalisation efforts made by the present government, which saved about Rs28bn.

In this regard, it was decided that through e-filing and e-office system, the ratio between the officer and staff would be brought down to a target of 1:3 in different phases.

The cabinet also accorded its approval to the decisions taken on April 7 and 14 during the meetings of the Economic Coordination Committee.

Alia Bhatt is all praise for Pakistani rapper