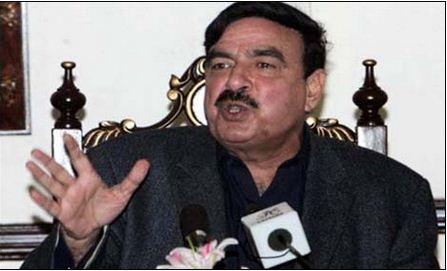 The interior minister made the announcement soon in a video after he chaired a meeting on the COVID-19 situation and reviewed the deployment of armed forces in aid of civil administration.

Rasheed said that a notification for military deployment has been issued for three provinces, Gilgit Baltistan and Azad Jammu and Kashmir after the prime minister announced the decision.

“A decision on military deployment in Sindh is yet to be taken,” he said adding that the personnel of Pakistan Army would enforce strict COVID-19 SOPs along with civil administration.

He said that the military was given the task to enforce COVID SOPs in the wake of the worsening COVID-19 situation in India, where over 300,000 cases have been reported daily.

Prime Minister Khan announced that the government will seek the Pakistan Army’s help to enforce the SOPs on April 23 after he chaired a meeting of the NCC to review the virus situation in the country.

Warning that Pakistan could face the same situation as in India, Prime Minister Imran Khan on Friday appealed to the public to adhere to the government-prescribed SOPs to control the third wave of the coronavirus.

Briefing the media after chairing a meeting of the National Coordination Committee (NCC) on Covid-19, Prime Minister Khan said if the SOPs are not followed, the government will be compelled to impose a lockdown.