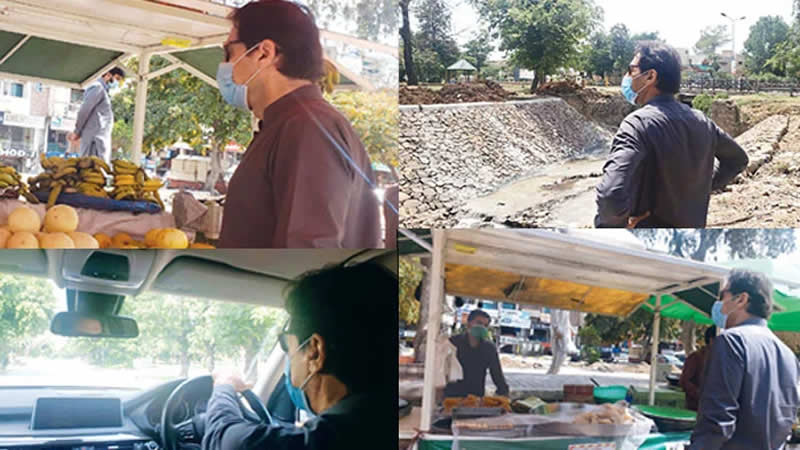 Prime Minister Imran Khan Sunday visited different parts of the federal capital sans protocol, driving the vehicle himself and interacted with some vendors.

The prime minister while visiting different food stalls in G-11 Markaz asked two children standing close to a stall to wear facemask properly. He desired that the younger one should also wear mask who was without it. The three-minute video clip was shared by the Prime Minister Office.

At another stall, a vendor, preparing samosas, appeared excited and remarked, “We are so grateful to you sir jee, you thought about us too”. There were very few customers seen in the clip at these stalls. In the background, while the prime minister was shown driving, a song was played, referring to the World Cup, 1992 win of the national cricket team under him and urging him to again sing his bat and repeat that moment, enabling Pakistan to win again. Principal Secretary Azam Khan and Capital Development Authority (CDA) Chairman Amir Ahmed Ali were also seen there.