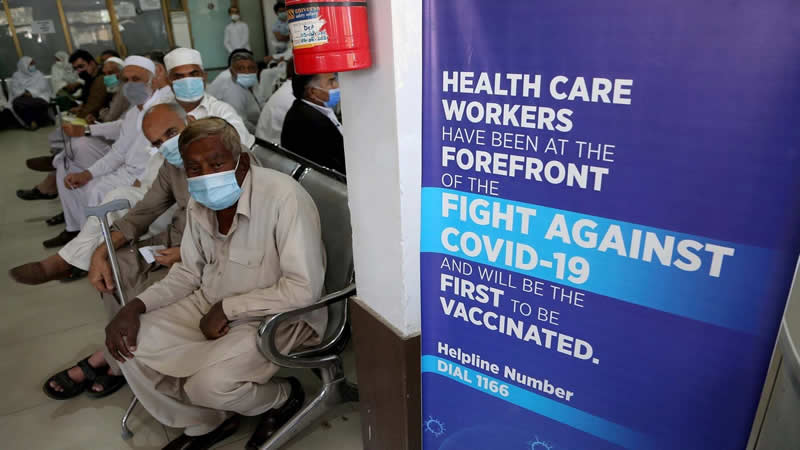 Around 450,000 people may not be able to get their first or second Covid-19 vaccine doses as the National Command and Operation Centre (NCOC) has been considering closing the Adult Vaccination Centres (AVCs) on the first three Eid holidays.

However, a member of the Scientific Task Force on Covid-19, Prof Dr Javed Akram, said this would not make much of a difference as people may either get their second doses a bit earlier or delay it for a few days.

Eid holidays will be observed from May 10 to 15 throughout the country. According to the NCOC, the intention behind announcement of holidays on six days is to reduce the mobility of people. It has also issued a ‘stay home — stay safe’ guideline.

As about 150,000 people have been getting their first or second doses of vaccine daily, 450,000 people would be affected during the first three Eid holidays as AVCs would remain closed.

Spokesperson for the Ministry of National Health Services Sajid Shah told Dawn that a notification had yet to be issued but as per NCOC’s understanding AVCs would remain closed on first, second and third day of Eid holidays.

“People can visit AVCs on the fourth day of Eid holidays. Staff will be available there and vaccine would be administered as per routine,” he said.

In response to a question, Mr Shah said after Eid holidays there would be single timing of vaccination centres. “Centres will open in the morning and close in the afternoon. However, the provinces can fix the timings according to their convenience,” he said.

Before Ramazan, AVCs used to remain open till afternoon. However, during Ramazan AVCs remain open in the morning and then after iftar.

Dr Akram told Dawn that it would not make any difference if people received vaccine a little earlier or late.