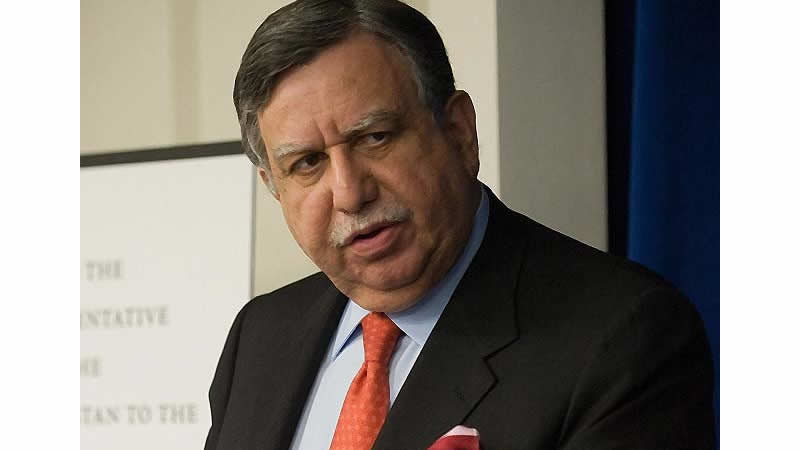 Minister for Finance Shaukat Tarin on Wednesday ruled out an exit from the International Monetary Fund (IMF) programme but unveiled his own proeconomic growth plan that contradicts the objectives of the fund’s stabilization agenda.

“[Due to their pro-stabilization nature] 90% of IMF programmes have failed but we will give an alternative that you want stabilization but we want growth that will increase the revenues,” said Tarin in reply to a question during his maiden press conference as the country’s new finance minister. Tarin – who recently replaced Dr Hafeez Shaikh as PM Imran Khan’s fourth finance minister in 3 years – also said the State Bank of Pakistan “overdoes few things” like increasing interest rates to 13.25%.

“There should be a balance between autonomy and supporting the government as an institution. He acknowledged the importance of the IMF umbrella but repeatedly said the government would not accept the conditions to raise tariffs and taxes. He underlined low revenues, circular debt, high inflation and low economic growth as the key challenges but gave solutions that are not part of the IMF agenda.

“We will incentivize the public sector development spending, agriculture, industry, housing and construction sectors to achieve economic growth,” he said while laying out his plan for economic revival that needs money and sustained policies –the two things that have been missing during the PTI’s rule. Despite booking over 8% of the GDP budget deficit every year, the government has very little space left for development spending, thanks to wrong policies of the central bank that are eating up 60% of the FBR’s revenue in interest cost.

To another question if the IMF did not accept Pakistan’s stance, the minister hoped that situation would not arise but “if the IMF sticks to any point then we have other alternates”. He did not explain these alternates. The minister said the World Bank and IMF had been sympathetic to Pakistan’s point of view. He said the PTI government approached the IMF in an “environment that was not the same when I had gone to the IMF in 2008 so the world was with us.

Because of the fight on terror, they did not put the conditions which should have been applied but they asked us what we can do”. The environment at the time of the current government was not “friendly” and the IMF imposed conditions which also had a “political cost”. “We will excuse ourselves on conditions of increasing tariffs and taxes by withdrawing sales tax exemptions,” said Tarin while taking a course opposite to the one taken by his predecessor.

“At this time, we do not have the capacity to increase tariffs or increase taxes and the common man is completely fed up with inflation,” said the minister. Former finance minister Dr Shaikh had committed to increasing electricity prices by 36% and imposing new taxes equal to minimum 1.2% of the GDP or Rs570 billion in the new budget. “We will not come out of the IMF programme” but are seeking some space and change of the method,” Tarin added.

He said the IMF and the WB were concerned about the circular debt that is increasing and there “should be some brakes” and stability in it. Talking about taxation, he said its ambit would be further increased through “innovative methods” and the tax-to-GDP ratio would increase every year by one to two per cent. Tarin added that sudden increases on the orders of the IMF, as had been done in 2019, would “not happen”. “Increasing tax target from Rs3.9 trillion to Rs5.5 trillion was a wrong way and I would do it gradually over a period of 8 to 10 years,” said Tarin.

The minister said the IMF’s umbrella is important for stability. Way to economic growth The minister unveiled his multi-pronged strategy to revive the economy, which needs a complete shift from the way the PTI is running the affairs of the state during the past almost three years. “The prime minister and I share the philosophy of moving out of the stabilization phase and to achieve growth,” said Tarin while shedding some light on his plans to lessen the economic woes. The minister said the government would gradually increase the revenue envelope through broadening of the tax base.

He said a sustainable fiscal policy will be based on both increasing revenues and reduction in expenditures. He announced a plan to introduce a new programme in the budget that may bring an end to harassment by the Federal Board of Revenue (FBR). Tarin said 12 groups have now been formed under the Economic Advisory Council to conduct short, medium and long-term planning for various sectors. “The government will work to achieve social protection and the current social protection programme will be expanded to incorporate farmers and unemployed people.

There is a disparity in prices between the retail sector and what the farmers and the middlemen are earning.” Terming the energy and power sector a “very big gorilla”, he said the government would reduce the circular debt through means other than increasing tariffs. He vowed to invest in the agriculture sector, which, Tarin said, has remained neglected for the past 10 years. He sought to make the industry and exports sectors competitive by introducing a true corporate culture.

“The China-Pakistan Economic Corridor (CPEC) would have to be used and the Chinese would be requested to set up special economic zones (SEZs) and bring their outsourced ventures to Pakistan.” The mantra of attracting dying Chinese industries to SEZs has been repeated for the last six years but both the PML-N and the PTI governments have failed to give a SEZ incentive package to the Chinese investors.

The finance minister said the information technology sector will be focused as this sector has a potential to increase exports to $8 billion from just under $1 billion. He vowed to give importance to the youth by providing them opportunities to do business. “The state owned enterprises will be run by people from the private sector and the financial sector’s footprints will be enhanced.”